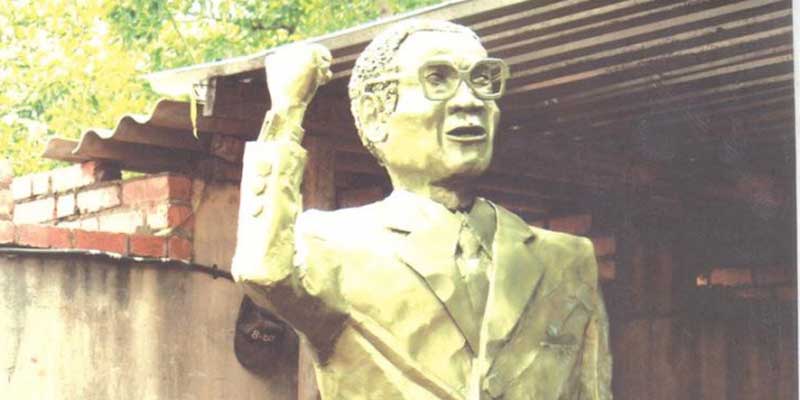 Joshua Mboya, a Kuwadzana resident and an admirer of President Mugabe has created a statue of the President using metal and filler material.  However,  this came at a huge cost for Mboya.  The artist is reported to have sold his possession in order to raise the necessary resources to make the statue.  At this point, the artists yet to reveal whether he plans to hand over the statue to the President.