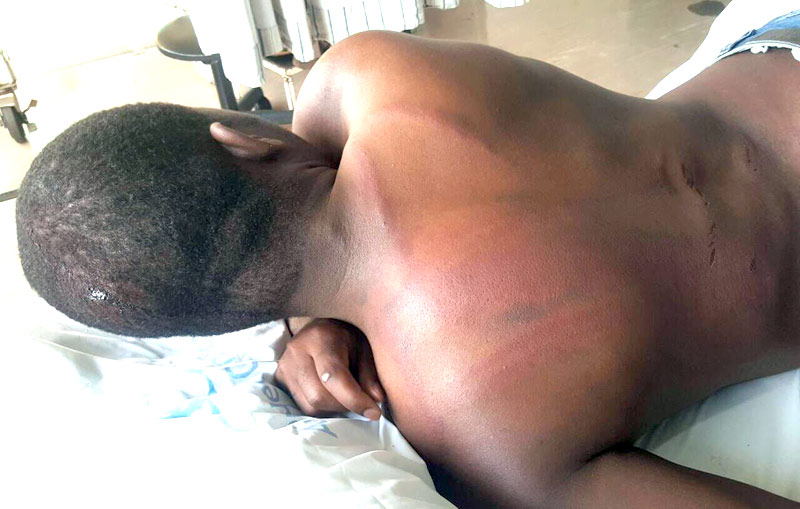 A statement supposedly made by the Zimbabwe Lawyers for Human Rights (ZLHR) today detailed Patson Dzamara’s abduction and assault which resulted in him being hospitalised at the Avenues clinic in Harare. The statement was condemning the violation of the rights of human rights defenders (HRDs).

Said parts of the statement:

unidentified armed men blocked vehicles in which some HRDs including Dr Patson Dzamara were travelling in, during the early hours of Friday 18 November 2016 in Harare. some of the HRDs who were with Dzamara fled in the mayhem and the armed men proceeded to blindfold him and bundled him into a truck before setting the HRDs’ vehicles ablaze.

Dzamara was assaulted on the back of the head and all over his back with spikes which had been thrown in front of his vehicle before being driven to a place which he strongly suspects to be Lake Chivero.

Throughout his detention in the said truck, Dzamara had a gun stuck to his neck. He was warned that he had not learnt from the fate of his missing brother and was told that; “Hauna kudzidza pane zvatakaaita kumukoma wako manje nguva yekudzidza yakwana,” loosely translated to mean; “You haven’t learnt and taken heed of how we treated your brother and now your time to learn is upon you.”

The unidentified men spent some time talking to a man whom they referred to as ‘Boss’ inquiring whether to proceed with an option one or option two and during their consultation with the ‘Boss’ they indicated that they had containers and cotton but no ‘catalyst.’

Dzamara suspected that the unidentified men intended to throw him in Lake Chivero but they eventually tied up his hands and dumped him undressed near Snake Park in Norton and along the Harare-Bulawayo highway after tearing up all his clothes and further assaulting him. Dzamara managed to crawl to the Harare-Bulawayo highway, where well-wishers eventually rescued him and assisted to connect him to one of his family members who took him to a local medical facility for treatment to injuries sustained from the assault and torture.