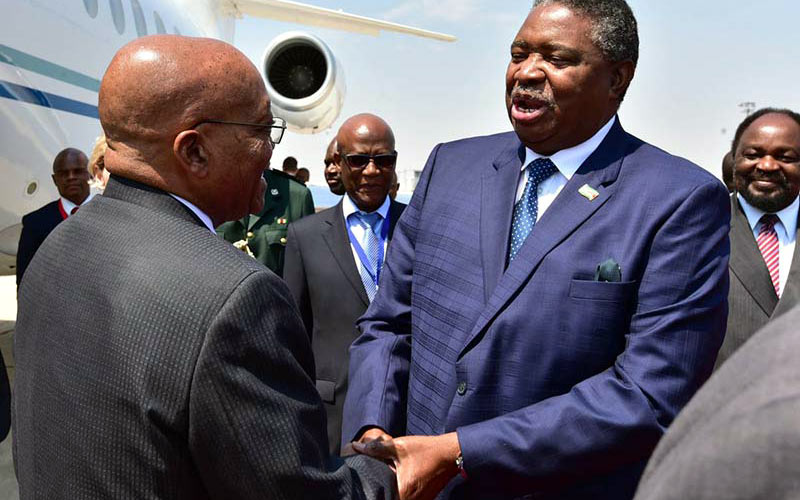 South African President Jacob Zuma reportedly told President Robert Mugabe that South African businesses are willing to invest in Zimbabwe only if the country deals with its unclear investment policy. Zuma said this during the launch of the Bi-National Commission (BNC) in Harare on Thursday.

According to NewsDay Zuma demanded more clarity on the Zimbabwe’s investment policy,

Our business community stands ready to play their party if, as government, you improve the ease of doing business and policy certainty.

Mugabe, in an earlier address, had assured Zuma that South African investments were safe in Zimbabwe. This was contrary to reports that some South African investors, including others protected under the Bilateral Investment Protection and Promotion Agreements, especially in the tourism and agricultural sector, were expropriated.