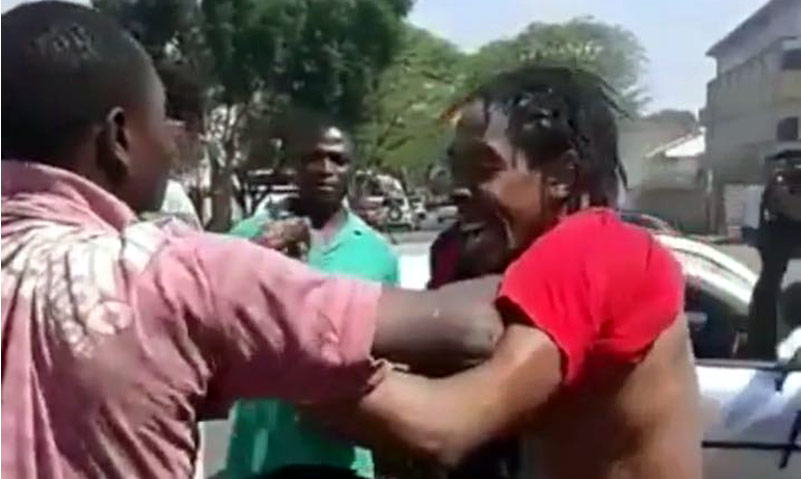 Political activist Patson Dzamara took to social networking site, Facebook to comment on the behaviour of Zimbabweans who took videos of Trevor Dongo being beaten by a street kid.

Dzamara said that even though they were not responsible for the fight, Zimbabweans should have tried to stop the fight instead of cheering it on,

He goes on to ask what those who were cheering found amusing and asks what happened to the spirit of togetherness that citizens used to have. He writes,

He goes on to say that Zimbabwe will never transform for the better if Zimbabweans do not change their attitudes,

This to me exposes how broken we are as a people. This to me exposes the enormous amount of work we must carry out to fix Zimbabwe. Transformation will never happen unless we recalibrate and renew our mindsets. Let’s face it, our humanity has deteriorated to alarming levels and we must fix ourselves.