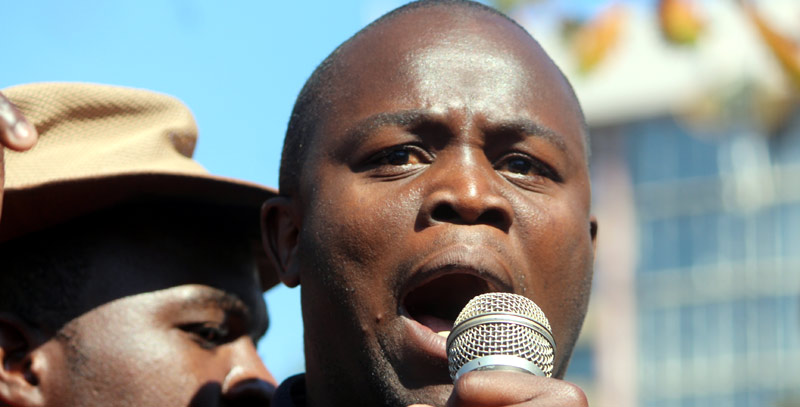 About 20 members of the Tajamuka/Sesijikile pressure group yesterday defied a police ban on public demonstrations and approached the premises of the Registrar-General’s Office in Highfield, Harare, demanding the speedy implementation of electoral reforms.

We are saying people should be allowed to register at local level, so that they don’t incur transport costs in going to register to vote in town. However, we have realised that in most high-density areas, officials are refusing to let people register and they are telling them to go to town. To us, this shows that the Zimbabwe Electoral Commission (Zec) hasn’t reformed at all.

He went on to say that Tajamuka will not allow an election to take place without the said reforms,

As Tajamuka, we will not allow an election to take place under such circumstances. We can’t allow a situation, where unemployed youths and others are forced look for money to go into town to register to vote, yet there are some sub-offices in their localities, where the same can be done. Things must change and we will be amplifying the demonstrations at different offices.

Nera has been staging demonstrations in Harare and others parts of the country calling for Zec to level the electoral playing field.