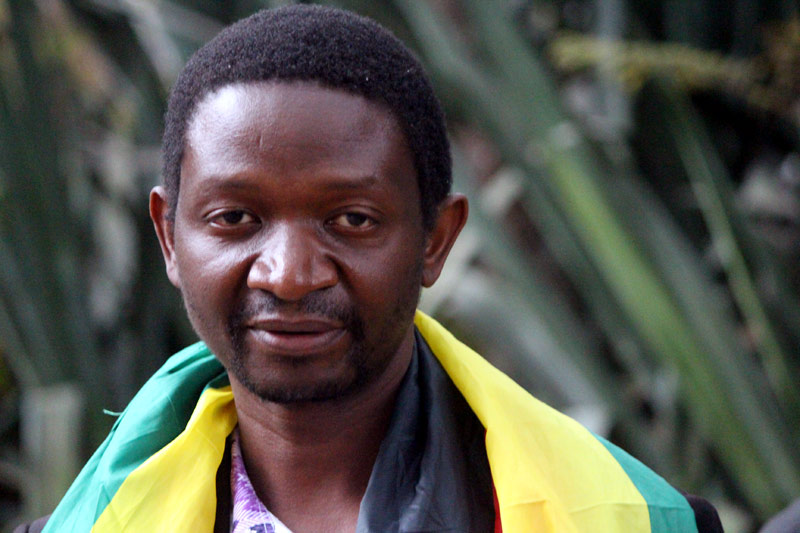 Addressing the media, National Vendors Union of Zimbabwe leader, Sten Zvorwadza said the seven day ultimatum he gave to the Police Commissioner General Augustine Chihuri to arrest Local Housing Minister, Saviour Kasukuwere for corruption has elapsed without any action being taken therefore leaving him with no option but to institute citizen arrest.

When the Government heard that I had given an ultimatum for the arrest of Minister Kasukuwere, the Government of Zimbabwe coordinated through its systems some efforts to try and bring Kasukuwere very, very close to President Robert Mugabe, meaning to say they promote and support evil. And what we are doing is we have not just gotten to a point where we find Kasukuwere at a convenient place. If we find him we are going to arrest him, we are going to tie him and bring him before the ZRP for his crimes of corruption. Kasukuwere has not only done corruption this year, he has been doing corruption for so many years.

Local Government Minister Saviour Kasukuwere is being accused of corruptly selling housing stands to Prophetic Healing and Deliverance (PHD) leader Walter Magaya, his young brother and a host Zanu PF legislators who include Shadreck Mashayamombe and Sarah Mahoka among others. Kasukuwere had previously dismissed allegations that he had sold stands to Magaya but recent evidence proves otherwise.