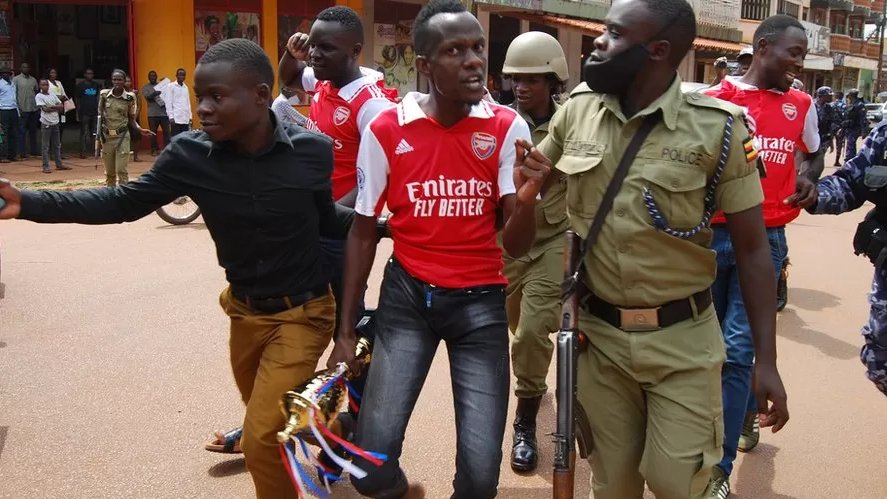 Eight Arsenal fans in Uganda have reportedly been arrested for marching in the streets to celebrate yesterday’s English Premier League win over Manchester United without seeking police clearance.

Having fallen behind through Marcus Rashford’s early strike, Arsenal came back in dramatic fashion to beat United 3-2 and restore their 5-point lead at the top of the Premier League table.

The Gunners’ supporters in the Ugandan city of Jinja took to the streets to celebrate the significant victory while wearing red jerseys and carrying a symbolic trophy.

According to BBC Sport, they were later arrested by police for ‘not having a permit to celebrate in the streets’, in violation of the country’s public order laws.

Ugandan police regional police boss, James Mubi, told the publication the Gunners fans ought to have requested permission from law enforcement agents to go in the streets. He said:

What would have happened if an altercation with rival fans broke out? They did not inform police to provide security for their procession.

Government critics in Uganda argue that the arrest was linked to the frequent arrest of members of the Bobi Wine-led opposition party — the National Unity Platform, which also wears red.