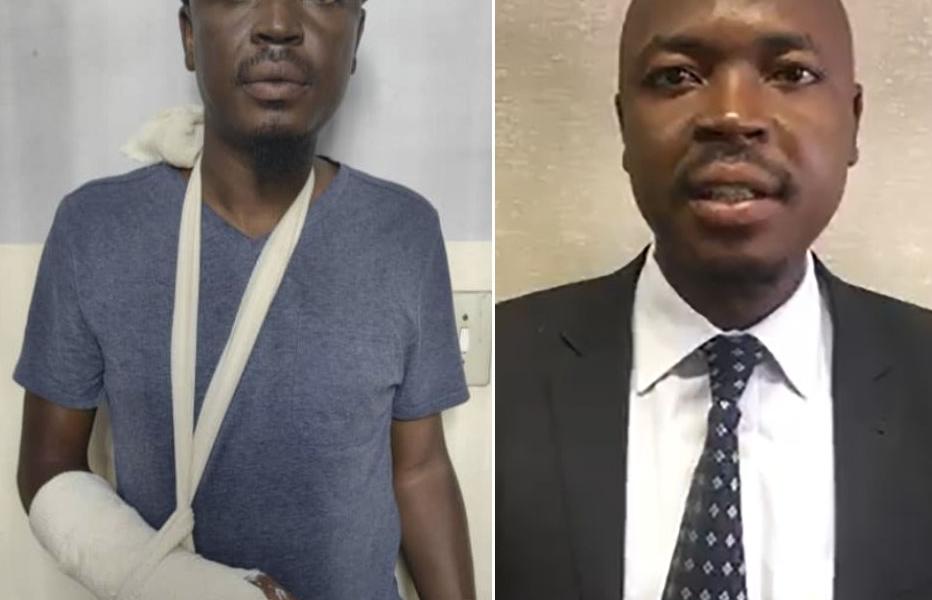 Kadzere was assaulted by the police in Harare while attending to Citizens Coalition for Change (CCC) organising secretary Amos Chibaya and some 24 party activists who had earlier been arrested for holding an unsanctioned meeting in Budiriro.

In a statement signed by SADC-LA CEO Stanley Nyamanhindi, the lawyers urged the Zimbabwean government to ensure that the rights of citizens are upheld at all times. Reads the statement:

1. SADC-LA deeply regrets and strongly condemns the attack on lawyer Mr Kudzai Kadzere in Harare, Zimbabwe by members of the Zimbabwe Republic Police (ZRP) on the 14th of January 2023.

2. On the said date, Mr Kadzere was representing his clients who are members of a political party in Zimbabwe and he was acting within the scope of his mandate as a licenced legal practitioner of the courts of Zimbabwe. The right to legal representation is guaranteed in the constitution of Zimbabwe.

3. The perpetration of violence by police on an unarmed civilian acting in a professional capacity to uphold the constitutional rights of other citizens presents the highest level of disregard for the rule of law.

4. SADC-LA implores the Government of Zimbabwe and the responsible Ministers to swiftly ensure the protection of lawyers and other key stakeholders such as journalists in the discharge of their mandate. Further, to hold to account those responsible for the unsanctioned violation of Mr Kadzere and his clients’ constitutionally enshrined rights.

5. The acute escalation of violence in a period shortly preceding a crucial election for Zimbabwe warrants deep concern. SADC-LA calls on SADC and the AU to provide swift and adequate support to the Government of Zimbabwe, and relevant stakeholders to ensure a neutral environment for the enforcement and enjoyment of all human rights.

6. This is in accordance with the African Charter on Democracy, Elections and Governance (ACDEG), the UN Basic Principles on the Role of Lawyers as well as Zimbabwe’s own constitution.