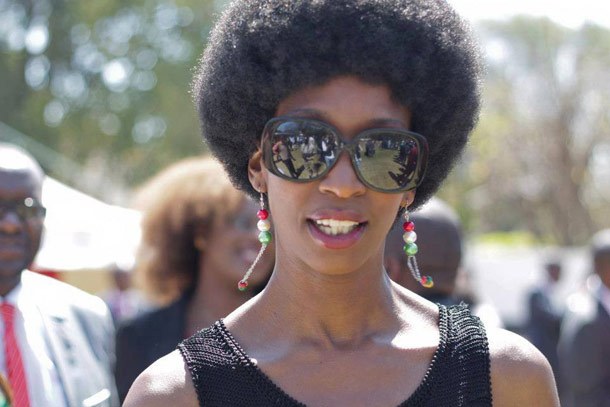 Actress and media personality Tinopona Katsande says her heart is “sore” and her mind “fuzzy” as she undergoes treatment for cervical cancer.

Tin Tin, as she is also known by her fans, was diagnosed with cancer in 2022 and has been undergoing chemotherapy since then.

On Sunday, Katsande announced that starting this week, she will be undergoing radiotherapy, another cancer treatment regimen.

Today is a tough day for me. Radiotherapy is starting this week. I’ve decided to shave my head before I HAVE to shave it. My heart is sore. My mind is fuzzy.

Imagine, I’ve often shaved my head over the years in solidarity with cancer friends who were survivors/ fighters or had succumbed to it, OR I previously shaved my head for fashion chakuti chakuti. Whatever the reason, it was BY CHOICE.

NEVER IN A MILLION YEARS DID I THINK I WOULD BE FORCED TO DO SO LIKE IS HAPPENING NOW.

Emotionally and mentally so far I felt I was doing really great with the chemo. I’ve been keeping positive and REFUSING for tuma nyaya nyaya to stress me.

I’ve been keeping my mind busy, my body as healthy as I can, and my energy up up…

… with radiotherapy starting this week I feel like I’ve just been dealt the diagnosis again… Hameno, It’s a bit difficult for me to articulate into words right now…

Last year, Tin Tin admitted that death was her first thought when she first received her diagnosis of cervical cancer.

She added she became hopeful when doctors assured her that the disease could be treated as it had been identified at an early stage.