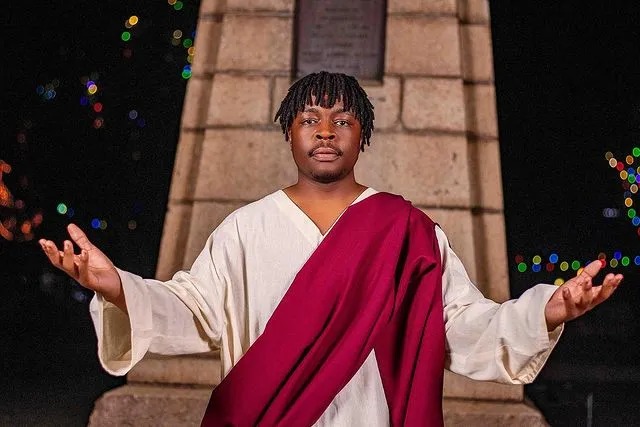 The 23-year-old artiste collaborated with Winky D on his song, Ibotso, but later said he regretted it, claiming the song had been politicised.

Holy Ten’s critics said he feared a backlash from ZANU PF from which he is allegedly benefiting.

Following his “regret”, President Emmerson Mnangagwa’s spokesperson, George Charamba, seemed to suggest that Holy Ten indeed benefits from the “system” when he tweeted:

The criticism, however, did not stop Holy Ten from releasing a new album titled Book of Malachi which he launched in Harare at Wood Pub & Grill.

Pictures that emerged on social media the day after the launch showed that the event was attended by a huge crowd.

The album is comprised of songs Zvivindi, The book of Malachai, Gomba Reshumba, God is not on Holiday, Deep down Zaka, Miscommunications, Aba Father, Crown and Can’t Get the crown.

Holy Ten has also collaborated with Michael Magz and a South African Hip-Hop and RnB Brother Duo MajorSteez on the song God is not on holiday.

The song talks about the power of prayer saying: “The only power that I know is prayer.”

In another song, Crown, off the new album, the musician talks about how difficult it is to live under the spotlight of fame and attention. | NewsDay