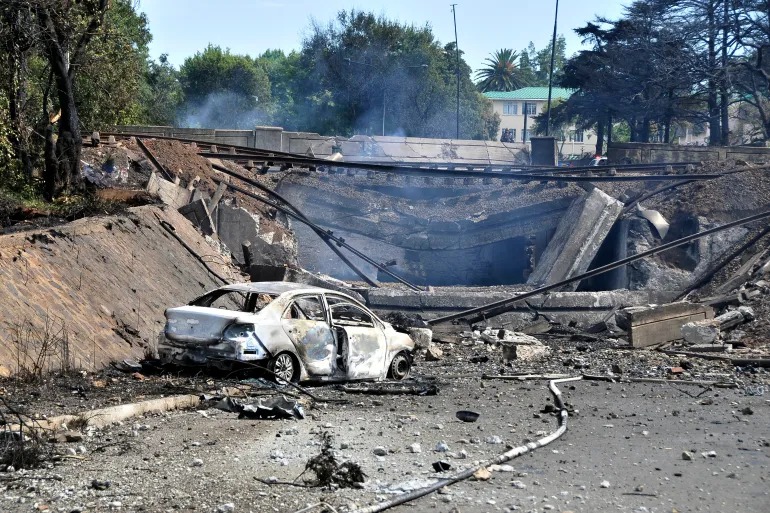 Three of the deceased were staff members at Tambo Memorial Hospital, which is located near the accident scene.

Thirty-seven people, including firefighters who were trying to extinguish the blaze, were admitted to hospital following the blast on Saturday.

The explosion occurred when a truck carrying gas burst into flames and then exploded.

Eyewitnesses said the truck driver didn’t check the height restriction of the bridge and the gas truck was stuck under the bridge before it exploded.

The force of the blast damaged parts of the hospital and some patients were moved as a precaution. | EWN