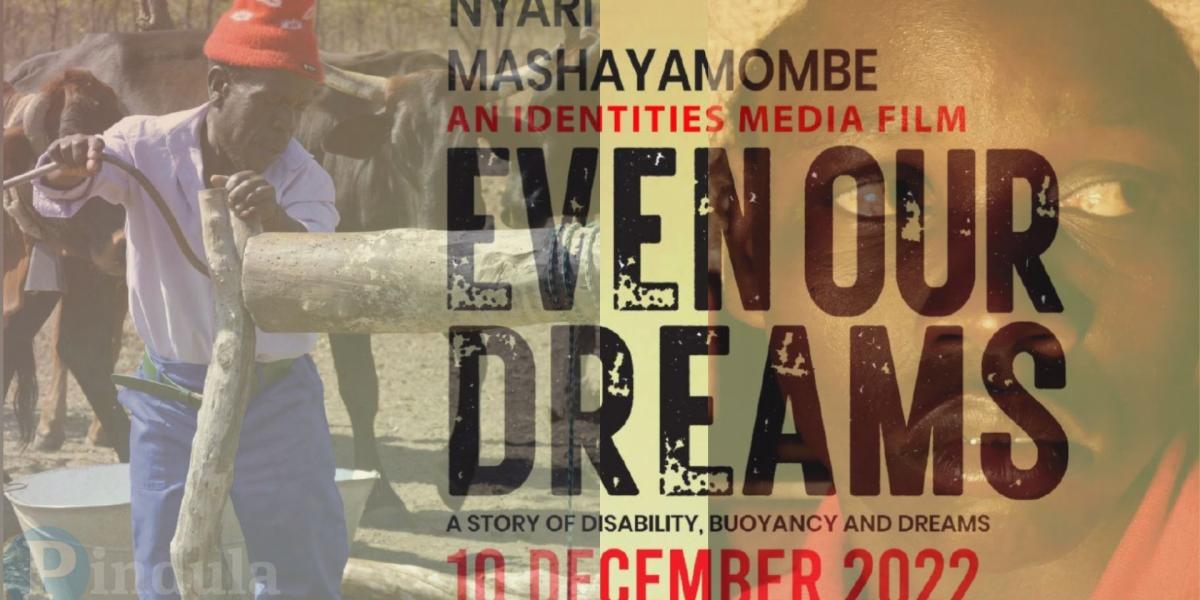 “Even Our Dreams” a film by Identities Media TV in partnership with REHUBCD and Tag a Life International (TaLI), is set to premiere on 10 December 2022.

REHUBCD is an organisation that works with children with disabilities in Chiredzi while TALI is a Zimbabwean and African girls’ and young women’s rights organization.

The film relates a story about a group of people with different disabilities sharing their capabilities, buoyancy, ubuntu, challenges, triumphs, love and dreams

The film is premised on giving people with disabilities the opportunity to tell their story exploring themes such as; capacities, buoyancy, ubuntu/hunhu, challenges, thriving, love, dreams, and the ability to shape their ‘most desired world’!

The producer of the film, Nyaradzo Nyari Mashayamombe who is a Human and Women’s Rights Advocate, says the story is also shaped from the perspective of the community.

Even Our Dreams emphasises how people with disabilities are “no less of humans” than their able-bodied counterparts, showcasing some of the innovative ways they have found to make a living and progress in life.

She has directed and produced various talk shows and series which have aired on the national broadcaster ZBC TV as well as her online television channel, Identities Media Tv.

Nyari also founded Tag a Life International (TaLI), a non-profit organization that advocates for women, girls, the vulnerable and youth.