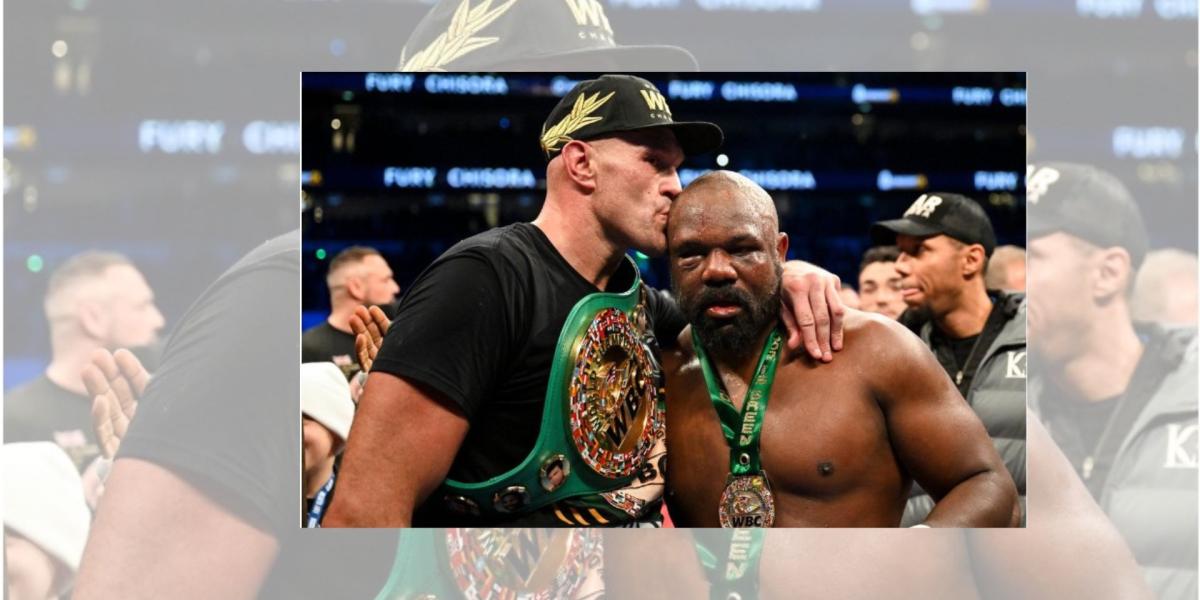 Fury was the favourite coming into the fight and a win for the 34-year-old was always predicted.

Many fans on social media wondered how the fight was not stopped earlier – with some concerned for Chisora’s health.

One fan said that Chisora’s corner should have thrown the towel in earlier to protect their boxer – even after just three rounds.

The Daily Mail quotes one commentator as saying:

Chisora’s corner needs to stop this fight. Only three rounds in, and Fury’s already trying not to hurt him.

Some fans were even more concerned – thinking that Fury could have killed the Zimbabwean born fighter if the fight lasted any longer.

A fan pleaded with the referee to ‘stop the fight before Fury kills Chisora,’ with another referring to Del Boy as a ‘walking body bag’.

The fight, which was eventually stopped after 10 rounds, was always predicted to be a mismatch with both fighters at different stages of their respective careers.

Many boxing fans said Fury should not have taken the fight in the build-up with one viewer watching the Gypsy King’s victory over Chisora saying: ‘This is embarrassing from Fury to fight Chisora.’

One Comment on “Fan Pleads With The Referee To “Stop The Fight Before Fury Kills Chisora,””