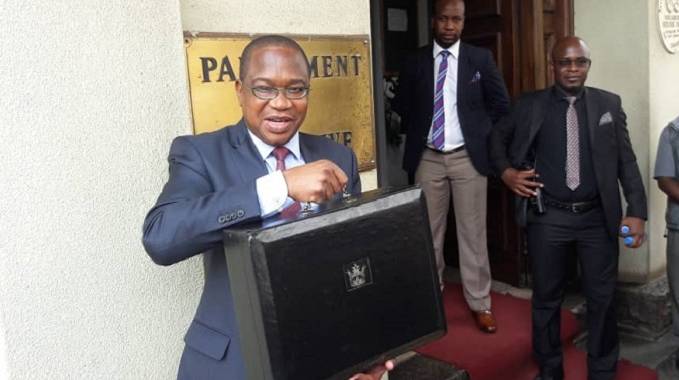 Zimbabwe more than doubled its spending plans for 2023 as it seeks to revive an economy that exited a recession last year.

Expenditure will increase by 121% to 4.2 trillion Zimbabwe dollars ($6.5 billion) budget, according to Finance and Economic Development Minister Mthuli Ncube.

He made the projections this Thursday while presenting the 2023 Budget at the newly built multi-million dollar Parliament building in Mt Hampden located 23 kilometres (14 miles) north of Harare.

In his presentation aired on national television, Ncube said the bulk of the funds will be spent on social services and infrastructure projects with a key focus on the mining, energy and agricultural sectors to induce economic growth.

Ncube also estimated gross domestic product (GDP) growth to slow to 3.8% next year from the 4% forecast for 2022.

More from the Budget presentation:

a). The Minister expects ZW$21.8 trillion in revenue

b). About ZW$76 billion was allocated toward next year’s general elections in which President Emmerson Mnangagwa is seeking re-election.

d). The government plans a bond issuance on the Victoria Falls Stock Exchange to fill the funding gap.

Ncube also highlighted that local economic growth is being affected by economic growth globally which is stunted due to tightening financial conditions as central bankers, including The Reserve Bank of Zimbabwe (RBZ), try to curb high inflation.

These measures have worsened an already dire situation following the war in Ukraine and China’s slowdown. Zimbabwe’s benchmark interest rate is at 200%, while annual inflation is at 269%.

The IMF last month cut its forecast for global growth next year to 2.7%, from 2.9% and sees Zimbabwe’s economy expanding at 2.8%.