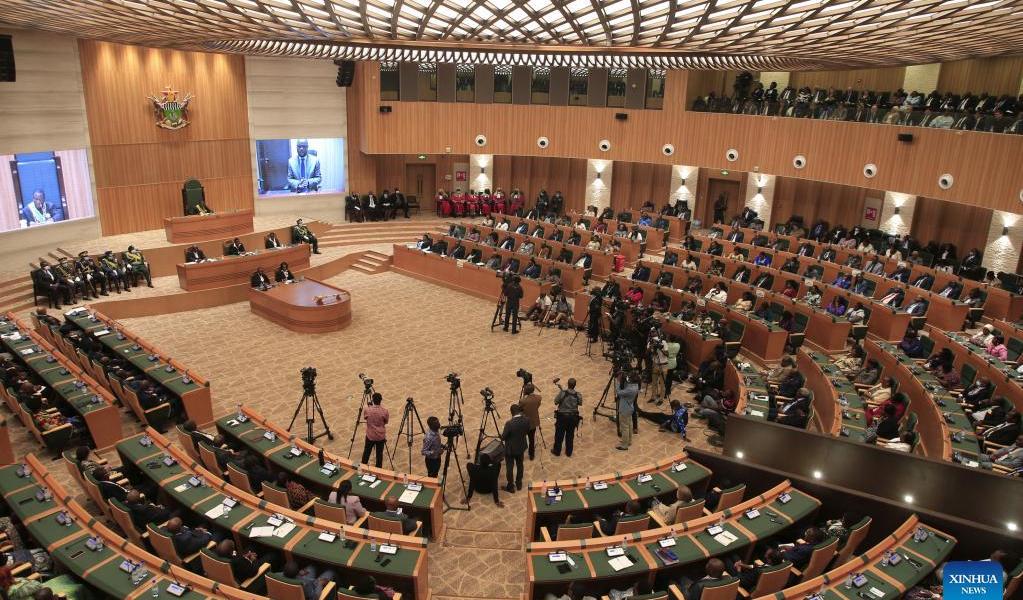 Zimbabwean President Emmerson Mnangagwa on Wednesday delivered the State of the Nation Address (SONA) in the new parliament building that was constructed through a Chinese grant.

The newly built parliament building is still to be commissioned and officially handed over to the Zimbabwean government by China.

Permanent Secretary in the Ministry of Information, Publicity and Broadcasting Services Nick Mangwana said that the president’s speech does not signify the official opening of the iconic building. He said:

Please note, this is not the official opening of the building. That will happen on a day to be announced in the future.

In his address, Mnangagwa paid tribute to China for providing the funds and building the parliament building in Mt Hampden, about 25 km northwest of the capital Harare. Mnangagwa said in his address to the joint sitting of both the National Assembly and Senate:

This state-of-the-art and majestic, new parliament building here in Mt. Hampden, where we are gathered, is a testimony of the strategic and comprehensive partnership and excellent fraternal relations between Zimbabwe and China.

Chinese contractor Shanghai Construction Group Company completed the project in May this year after 44 months of work instead of the original 30-month time frame due to COVID-19 disruptions.

Mnangagwa also outlined a number of bills that will be under consideration including those relating to the forthcoming elections, disaster risk management, insurance and government procurement regulation and a host of amendments to various agricultural laws to enhance food and nutrition security.

He urged legislators to finalise the Criminal Law (Codification and Reform) (Amendment) Bill, which has been criticised as undemocratic and an attempt to stifle dissent ahead of the 2023 polls.

Other bills mentioned are:

i). the Public Interest Disclosure (Protection of Whistle-blowers) Bill, 2022;

ii). the Electoral (Amendment) Bill, 2022 which spells out new provisions for holding the 2023 harmonised elections.