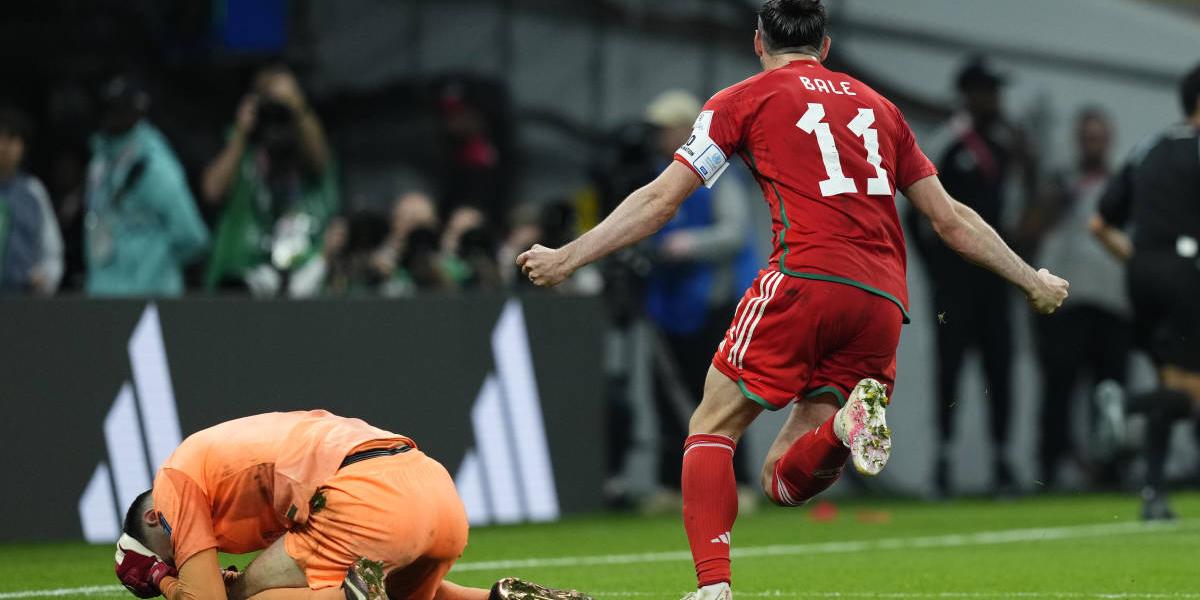 Gareth Bale hopes Wales have discovered World Cup momentum after his late equaliser salvaged a 1-1 draw against the United States.

Wales’ first World Cup match for 64 years looked like ending in defeat after Timothy Weah scored for the Americans in the 36th minute of the first half at the Ahmad bin Ali Stadium in Doha.

But Bale was felled in the box eight minutes from time by Tim Ream and picked himself up to score his 41st goal for Wales from the penalty spot.

Speaking after the match, Bale said:

The goal was exactly what we needed. It didn’t matter who scored it and it gave us a foothold to try and go and win it.

I felt that we played very well in the second half, so personally, it was great to get the goal. But like I said, the most important thing was that the team scored.

In terms of the huddle after the game, it’s something that we do, especially in major tournaments.

We just need to keep the momentum going now, recover and go again.

Wales’ next World Cup game is against Iran, who lost 6-2 to England earlier in the day, on Friday.

Bournemouth striker Kieffer Moore is likely to start that match after being omitted against the United States.

Substitute Moore had a huge impact on Wales’ second-half performance as the Dragons finally got a foothold on proceedings after being a non-existent attacking force for 45 minutes.

Meanwhile, African Champions, Senegal, lost by two goals to nil when they played the Netherlands last night. They were without Sadio Mane who sustained an injury which ruled him out of the tournament.