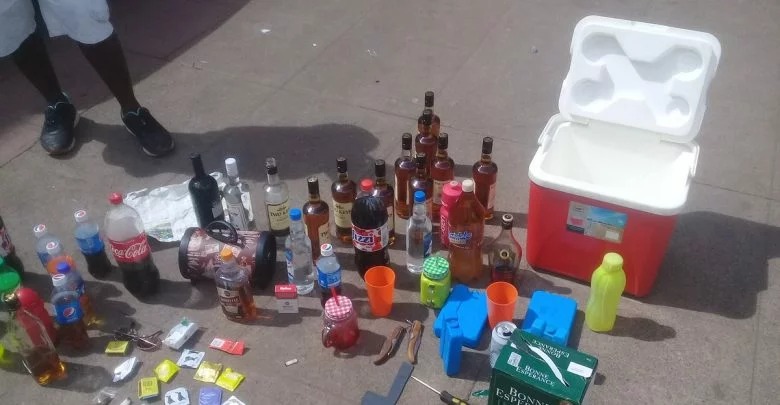 Alcohol, drugs and condoms found at one Vuzu party

Police in Bulawayo on Friday arrested 39 students from various schools in the city after raiding a Vuzu party in Khumalo suburb.

In a statement posted on Twitter, Zimbabwe Republic Police (ZRP) spokesperson Assistant Commissioner Paul Nyathi said police officers who raided the event found some used and unused condoms, beer, and cigarettes at the scene. He said:

The ZRP confirms the arrest of 39 students from various schools in Bulawayo at a certain house in Khumalo suburb, on 18/11/22 while conducting a VUZU Party. Some whisky, cigarette stubs, used and unused condoms were recovered at the scene.

He added that investigations are still ongoing and more information will be availed.

In October 2021, 16 people were arrested in Kuwadzana suburb, Harare on public nuisance charges after they held a sex party.