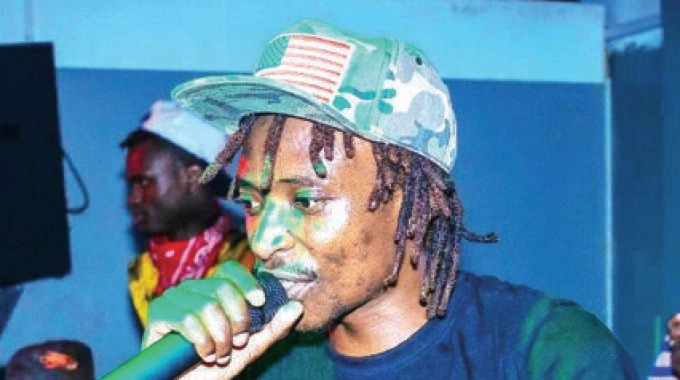 He had just finished performing and was relaxing close to Willas Lounge in Sunnyside where he had shared the stage with comedian-cum-musician Kapfupi.

H-Metro reported a source as saying the chanter refused to retire to bed and his manager, Lenny Junior, left him behind. Said the source:

After the show, Hwindi didn’t want to go to sleep. He chose to chill with some guys smoking and having some drinks close to Willas Lounge.

A group of thugs pounced on them and demanded that they all empty their pockets.

Hwindi’s manager Lenny claimed that the artistes were targeted because they promoted their own show and refused to use South Africa-based promoters. Said Lenny:

This was a show that was arranged by Hwindi and Kapfupi and all the gate-takings were due to the two artists.

We have decided lately that we will arrange our own shows because some of these promoters take advantage by paying artists very little like R2 000 and they make a lot by exploiting artists.

Doing it on our own has not gone down well with a number of promoters here in SA who are now not gaining anything.

These guys then wanted to extort some money from us and wanted R2 000 for security.

We refused to budge because we had made our own security arrangements and a few minutes later some guys came to us, pointed a gun and grabbed car keys and other valuables.

Isn’t it ironic that after discussing nyaya yemari you get robbed. Unofungira ani to be honest?

He said the money that was stolen was from a show they held last Saturday at Lechatters Tavern in Mamelodi.

Lenny suspects one Bornfree had a hand in the robbery. Lenny wrote to one promoter, Thapelo Chosen, in a WhatsApp message, saying:

However, Thapelo denied planning the robbery saying it was strange that he was being accused of robbing artistes that he promotes. He said:

I have worked with a lot of artists from Zimbabwe on a monthly basis. This is not the first time that I am engaging Hwindi and then to be accused of orchestrating a robbery is very unfortunate. I dismiss the accusation with the contempt it deserves.

There were security issues as Hwindi was left all alone with other guys. Vakaramba kubhadhara ma security. His manager had already left for the hotel and took Hwindi’s phones and cash.

I am then surprised that I or someone that I know will then plan to rob the same artists that we promote.

I actually helped the guys to go make a police report and that is where we also found their car keys. It is very unfortunate.