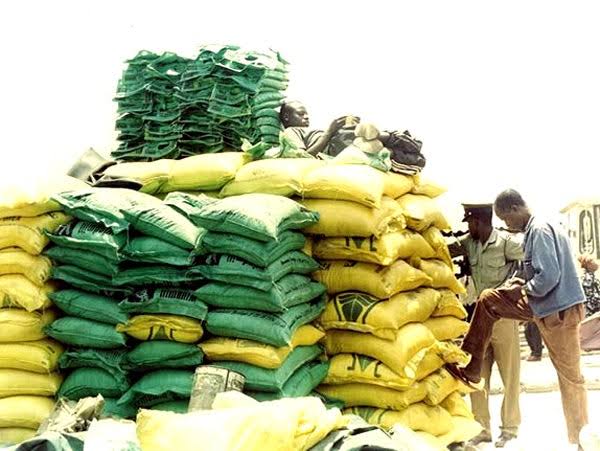 Police in Lupane are appealing for information that may lead to the recovery of 140 bags of fertiliser that were stolen from a hall before they could be distributed to villagers.

The bags of fertiliser, comprising 82 bags of Compound D and 58 bags of Ammonium Nitrate, were either a Presidential Inputs Scheme or Pfumvudza Programme consignment.

In a statement, police said the fertiliser was stolen from Sipepa Community Hall between 30 October 2022 and 9 November 2022. ZRP said:

Police in Lupane are investigating circumstances surrounding a case of theft that occurred at Sipepa Community Hall between 30/10/22 and 09/11/22 where 82 bags of Compound D fertilizer and 58 bags of Ammonium Nitrate fertilizer were stolen.

The stolen fertilizer was part of 600 bags of Compound D fertilizer and 600 bags of Ammonium Nitrate fertilizer delivered by GMB Tsholotsho to Sipepa Community Hall for safekeeping pending distribution to villagers.

In an unrelated case, Police in Lupane have arrested one Michael Donga (28) in connection with the murder Josiah Moyo (51) whose corpse was found near Malumba Primary School on November 2022. Police said:

ZRP Lupane is investigating a case of murder in which the victim, Josiah Moyo (51) was found dead on 11/11/22 near Malumba Primary School. The body of the victim was found with multiple bruises and blood on the nose and mouth.

The Police have since arrested Michael Donga (28) in connection with the case. Michael Donga was allegedly seen dragging the victim toward Malumba Primary School on 10/11/22.

The two had been involved in a dispute during a beer-drinking spree at Malumba Business Centre.