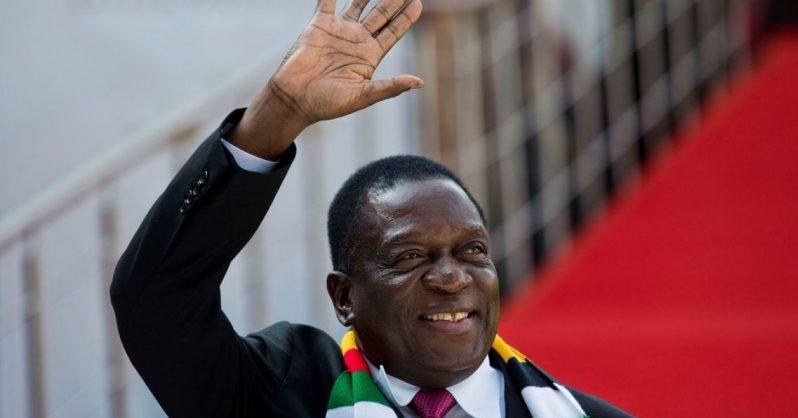 President Emmerson Mnangagwa reportedly ran away from a group of angry Zimbabweans, who were waiting for him at the John F. Kennedy International Airport in New York.

Opposition People’s Patriotic Party (PPP) leader, Zvaringeni Samuel Chasi, told NewZimbabwe.com that Mnangagwa had a human shield of an estimated 225 aides to stave off the protestors.

Chasi said about 34 Zimbabweans had planned to embarrass the ZANU PF leader upon his arrival, but he used a different exit from the one he was supposed to use where the protestors were waiting for him. Said Chasi:

We were about 34 people, local Zimbabweans and around 80 who joined online in solidarity. We are going to UNGA and his residency.

The citizens have vowed they are going to do a citizen arrest on him. Everyone is going to be down on the ground here today and tomorrow. We are not going to stop. He might not go back to Zimbabwe. He is in trouble.

The picketing was successfully done although he used a different exit from the one he was supposed to use.

He arrived two hours earlier, he arrived nicodemously. It is said he had security personnel of about 225 people.

The protests are not yet over. Everyone is on him. He is on the run.

The protestors want to put pressure on the international community to intervene and arrest Mnangagwa for alleged gross human rights violations, including rape, mass genocides, torture and abductions.

Mnangagwa is currently in New York for the 77th United Nations General Assembly (UNGA) meeting where he is expected to address other Heads of State.