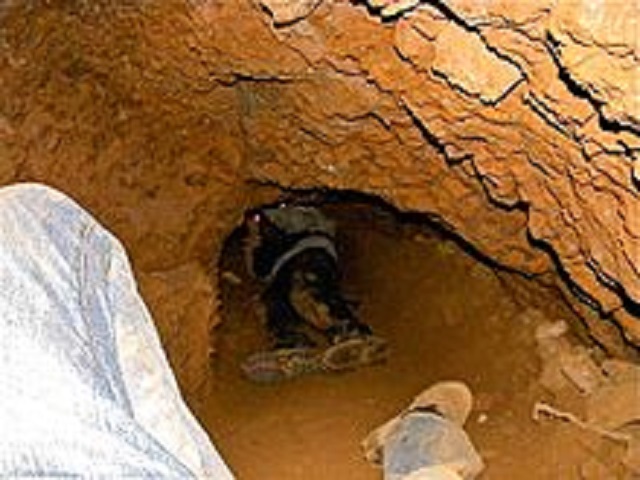 Hundreds of families in Chakari, a mining settlement located about 33 kilometres from Kadoma, in Mashonaland West Province, are experiencing terrible hardships following the temporary closure of Dalny Mine, operated by RioZim Limited.

The mine was operated by Falcon Gold Zimbabwe Limited for many years until 2013 when it was closed and eventually sold to Rio Zim.

As a predominantly mining settlement, an estimated 90 per cent of employed people used to work for the mine and the rest for TelOne and shops.

When Falcon Gold closed the mine, the majority of the working population was left jobless and many resorted to illegal mining in the belly of the mining, eking out a living from deep tunnels.

The majority of the houses in the area were built by and belonged to the company and as a result, the closure of the mine by Falcon Gold left workers technically homeless.

However, the situation was not as hopeless since they could still stay in the houses for free, use water for free and electricity was also available for free.

The acquisition of Dalny Mine by Rio Zim naturally excited the former mine workers but it soon turned out that their optimism was misplaced.

Rio Zim brought its own workforce from Eiffel Flats and wanted to evict the former Falcon workers from company accommodation and this created tension.

The open pits have also become a hazard to the local community and a child reportedly fell into a pit and died recently.

The closure of the mine by Rio Zim in February this year has exacerbated the challenges faced by the Chakari community.

The Zimbabwe Electricity Supply Authority (ZESA) has switched off power leaving the former miners in darkness.

The cutting off of electricity by the power utility has also caused water challenges for the community and the sewer system has clogged up.

There are a few community boreholes and they are not enough to meet the needs of the people.

Some have now resorted to defecating in the bush due to the clogging up of the sewer system while others are using pit latrines and blair toilets.

The former workers are now relocating to the village as it is not clear when Rio Zim will reopen Dalny Mine.

Those relocating to rural areas are probably the fortunate ones as most of the workers are second-generation immigrants from Malawi who now have nowhere to go.