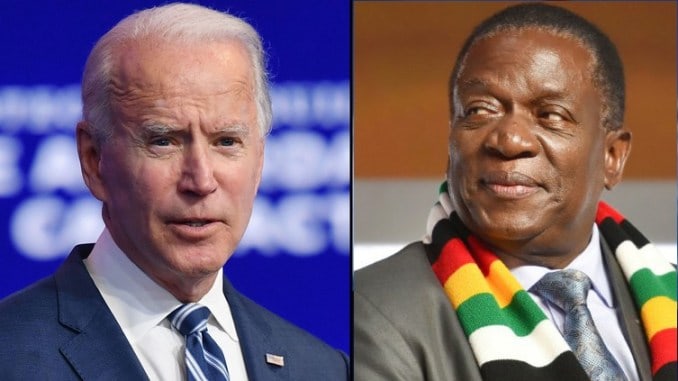 Zimbabwe has been invited to attend the US-Africa Leaders Summit scheduled for 13 – 15 December.

The invitation, however, went to Foreign Affairs and International Trade Minister Frederick Shava, as President Emmerson Mnangagwa remains under US sanctions.

Only governments that don’t have diplomatic relations with the US (Eritrea, Western Sahara) or have been suspended by the African Union (Burkina Faso, Guinea, Mali and Sudan) weren’t invited to the summit.

Dana Banks, the White House point person for the summit, told The Africa Report that there are some African countries that have challenges on democracy and governance.

Livit Mugejo, the spokesman for the ministry of foreign affairs and international trade said:

We are in continuous re-engagement with the United States and any other Western country.

Hence, the invitation for the minister to attend the [US-Africa] summit provides another opportunity for the government to continue with its re-engagement efforts.

Jim Risch of Idaho, who is the top Republican on the Senate Foreign Relations Committee, on 15 September said the US “should look for someone who has a less abysmal human rights, corruption, and democracy record than the foreign minister.”

Last week the US Treasury Department lifted sanctions on 11 Zimbabwean officials while adding deputy police commissioner for administration Stephen Mutamba to the list.

Mutamba is accused of “undermining Zimbabwe’s democratic processes and institutions”.

One Comment on “Zimbabwe Invited To US-Africa Leaders Summit”