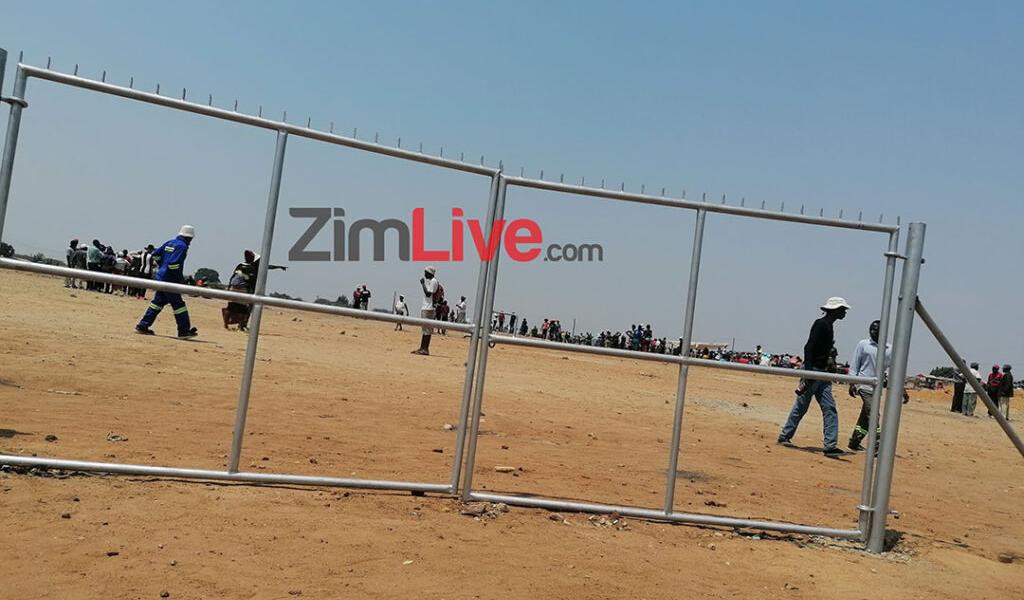 ZANU PF space barons have reportedly taken over the open land close to the closed Mbudzi traffic interchange in Harare and are parcelling it out to vendors for US$50 per square metre.

The roundabout was closed recently to allow for major construction works and hawkers who were doing business on the island have been ordered to move.

ZANU PF space barons have taken advantage of the situation to extort the vendors and are now demanding US$5 a day from each vendor for a vending permit on the route diversions, and an initial US$50 per square metre per month from stall owners.

The land is adjacent to the traffic lights at Malvern Road and Chitungwiza Road in the Hopley area.

The Ministry of Transport and Infrastructural Development closed off the four roads leading into the Mbudzi interchange on Sunday for a distance of 1.5km in each direction.

One of the affected vendors, who identified himself to ZimLive as Elvis Musera, appealed to the government to intervene and stop the space barons. He said:

This man told us to pay for a meter-and-a-half and we paid US$50 and today we are told the space is one meter for each. The government should step in and make sure things are not done haphazardly.

Deputy transport minister Michael Madiro said they will work as fast as possible to ensure that motorists are not inconvenienced longer than is necessary. Madiro said:

The government appreciates the inconvenience the temporary closure of the roundabout will cause but it is part of the small sacrifices which our people have to make.

It’s one of those instances where the result justifies the means to that end. We will work as fast as we technically can to ensure that we deliver world class infrastructure for the motoring public.