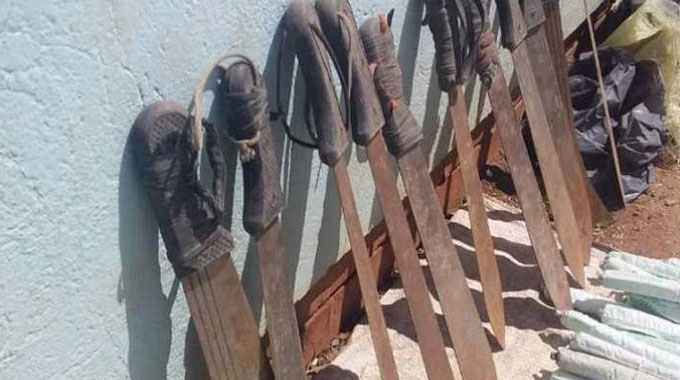 Police in Gweru have banned the carrying of weapons such as machetes, knives and catapults until year-end in a move meant to curb crime which is now rampant within and around the district.

In a notice issued on Tuesday, 20 September, Officer Commanding Gweru District, Superintendent Tambudzai Gumpo, said the ban is with effect from October 1 until December 31. she said:

The following weapons or items capable of use as weapons namely, catapults, machetes, axes, knobkerries, swords, knives or daggers will now be banned for a period of three months that is from 01 October to 31 December 2022.

Last year, police in Gweru and Gokwe banned the carrying of dangerous weapons in public for three months to contain violent crime in the two districts.

Police sternly warned that those found on the wrong side of the law would face up to six months in jail.