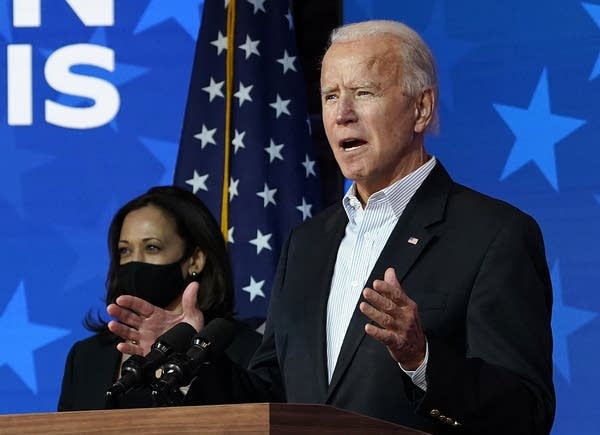 He said in an interview with CBS News scheduled to air Sunday night:

Biden would not comment specifically on a U.S. response if Russia were to use chemical or nuclear weapons in Ukraine. He added:

They’ll become more of a pariah in the world than they ever have been. And depending on the extent of what they do will determine what response would occur.

Following a meeting with European Union and G-7 partners and NATO allies in March, Biden said NATO would respond “in kind” to any use of WMDs in Ukraine. Biden said, referring to Putin:

No one should be making idle comments about the use of nuclear weapons or the possibility of the need to use them.

Just days into his invasion of Ukraine, Putin ordered Russia’s nuclear forces on high alert for the first time since the fall of the former Soviet Union, prompting the White House to assemble a team of national security officials — the so-called Tiger Team — to study potential responses in the event Russia deployed chemical, biological or nuclear weapons against Ukraine, neighbouring nations or NATO convoys of weapons and aid headed for Ukraine.

In 2000, Russia updated its military doctrine to allow the first use of nuclear weapons “in response to large-scale aggression utilizing conventional weapons in situations critical to the national security of the Russian Federation,” according to the U.S.-based Arms Control Association.

The 1997 version of the doctrine had allowed the first use of nuclear arms only “in case of a threat to the existence of the Russian Federation.”

The newest version also states for the first time that Russia has the right to use nuclear weapons to respond to all “weapons of mass destruction” attacks.

Ukraine recently reclaimed some lost territories allegedly due to aid from its allies, the United States included.

There are fears that Russia might want to use sophisticated weapons to outsmart Ukraine and its allies.

Russia invaded Ukraine on the 24th of February 2022 citing gross human rights violations against Russian-speaking people in the neighbouring country. Ukraine dismissed the allegations of human rights abuses as propaganda and an excuse for invasion.