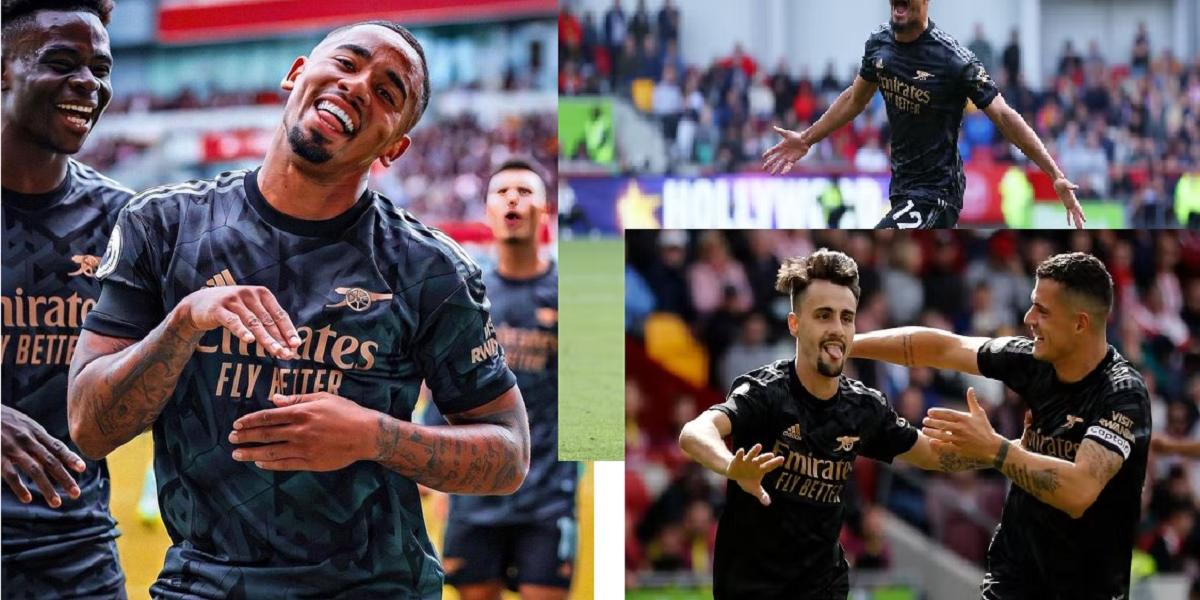 Arsenal beat Brentford 3-0 on Sunday afternoon to return to the top of the Premier League dislodging reigning champions, Manchester who had ascended to the summit of the table on Saturday following a 3-0 win against Wolves.

The Gunners had a game in hand.

Mikel Arteta’s men scored two goals in the first half hour (William Saliba 17′ Gabriel Jesus 28′) putting the Gunners in a commanding position before Fábio Vieira put a gloss on the win with a lovely long-range strike on the 49′ minute.

The game took a long time to get going, with neither side showing a big threat in the first half.

After the break, Everton came out quickly and Neal Maupay (53′) thumped a shot into the near post for his first Toffees goal.

West Ham pushed for an equaliser and hit the post through substitute Benrahma’s whipped effort, but they couldn’t find a way through.