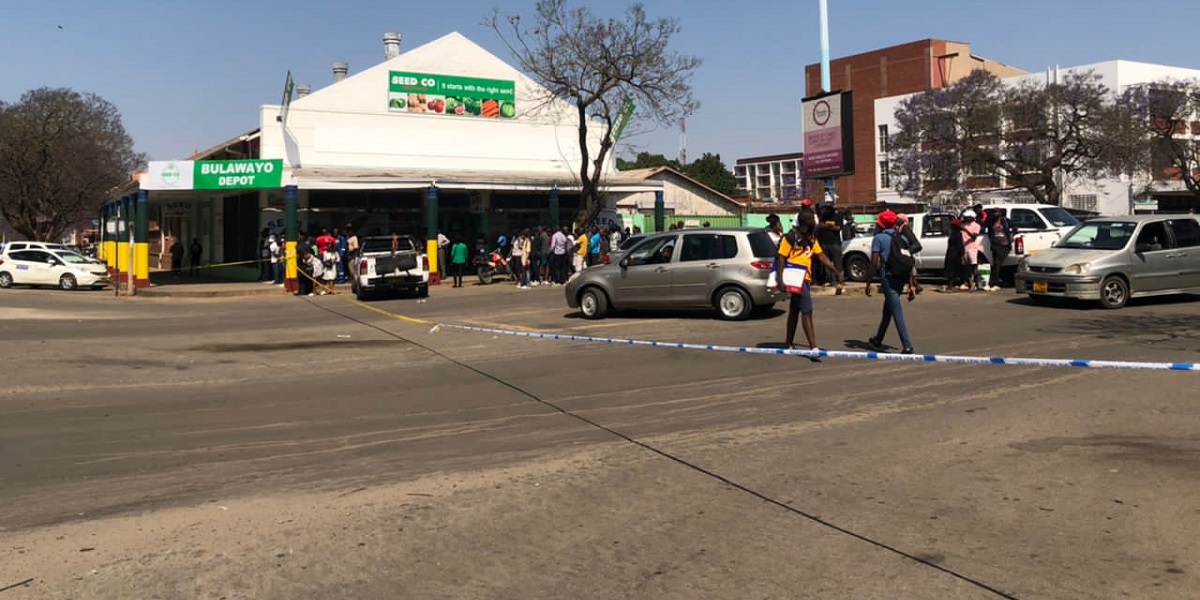 Security personnel are said to have foiled an attempted armed robbery at the Fidelity building in Bulawayo this Saturday.

There was a stand-off between suspected armed robbers and Police at Fidelity Building in Bulawayo.

Police Special Tactics Team arrived at the scene waiting to pounce on the robbers. It’s not known how many robbers were inside the building while Corner Fife Street and 11th Avenue were cordoned by the police.

Police later re-opened 11th Avenue and Fife Street with some sources saying the robbers left the scene by the time police arrived.