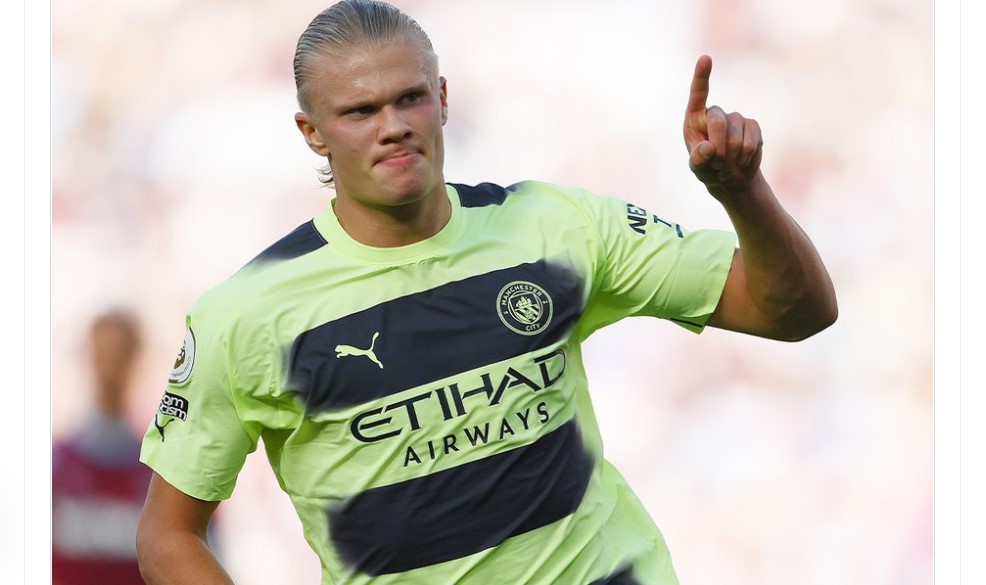 Manchester City Saturday beat Wolves by three goals to nil to leap above Arsenal on the log table. Arsenal have a game in hand and can still reclaim the spot if they win against Brentford tomorrow.

The reigning champions got their first goal in less than a minute after De Bruyne played the ball into the centre for Grealish to poke home.

Haaland scored City’s second to bring his Premier League goal tally to 11 in seven games. The Norway international who was named the Player of the Month of August became the first player in Premier League history to score in their first four away games.

Wolves’ Collins saw a straight red card after a reckless challenge on Grealish, which certainly did not help Wolves’ attempt to get back into the game.

Despite the home side looking brighter in the second half, City were just too good, and they scored a third through Foden.

Belgian playmaker, Kevin De Bryne made two assists, one for Jack Grealish and another for Phil Foden.

i). Tottenham vs Leicester City

a). Brighton vs Crystal Palace

b). Chelsea vs Liverpool