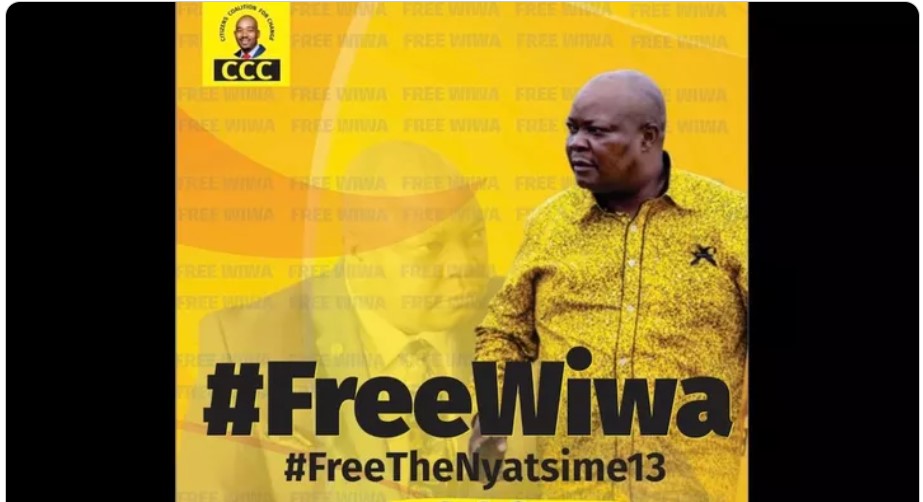 Sikhala, Chitungwiza North MP Godfrey Sithole (CCC) and 14 other opposition party members have been languishing in pre-trial detention since June following their arrest over violence in the Nyatsime area. They have been denied bail several times.

The CCC members, referred to as the Nyatsime 16, were arrested on allegations of inciting violence in Nyatsime and obstruction of the course of justice in the aftermath of the brutal murder of Moreblessing Ali, a CCC member.

Coltart’s comments came after National Constitutional Assembly (NCA) leader Lovemore Madhuku suggested that CCC must engage ZANU PF in dialogue to facilitate the release of Sikhala and his co-accused.

Coltart, a lawyer in his own right, said Mnangagwa should stay out of court processes and doing otherwise would be a breach of the rule of law. He posted on his Twitter page:

As hard as this may appear, I do not want Mr Mnangagwa to intervene in Job Sikhala and the Nyatsime case because that would itself breach the rule of law.

Our Courts must apply the law justly in terms of the Constitution, which they have not done to date.

When I said that Mnangagwa should not get involved in directing the courts to release my friend Job Sikhala the converse also applies.

It is clear that the Executive is involved in the Judiciary in determining who should get bail and who should not.

Judges must be independent. The reality of Zimbabwe is that there are no longer 3 arms of government, only two, Parliament and the Executive.

The Judiciary is no longer recognisable as an independent arm of government in Zimbabwe. It has been swallowed by the Executive and is now part and parcel of it.

One Comment on “Mnangagwa Should Not Intervene In “Nyatsime 16” Court Case, Says Coltart”