The fire started in the television room around 2 am. See pictures below by the Ministry of Information, Publicity and Broadcasting Services. 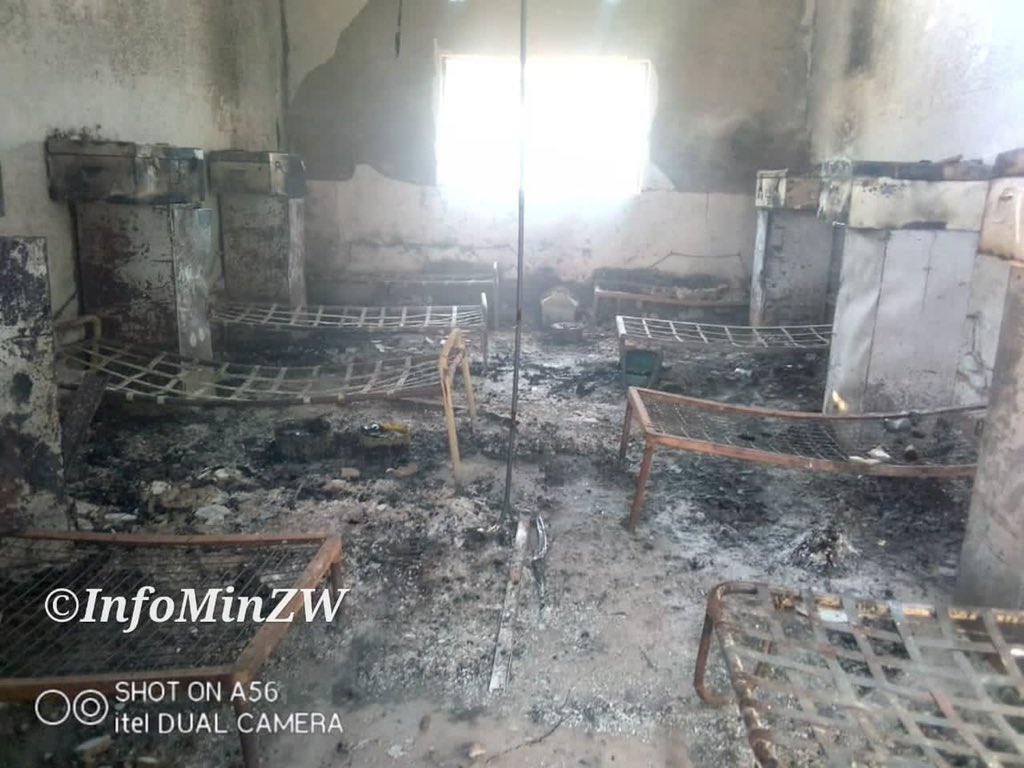 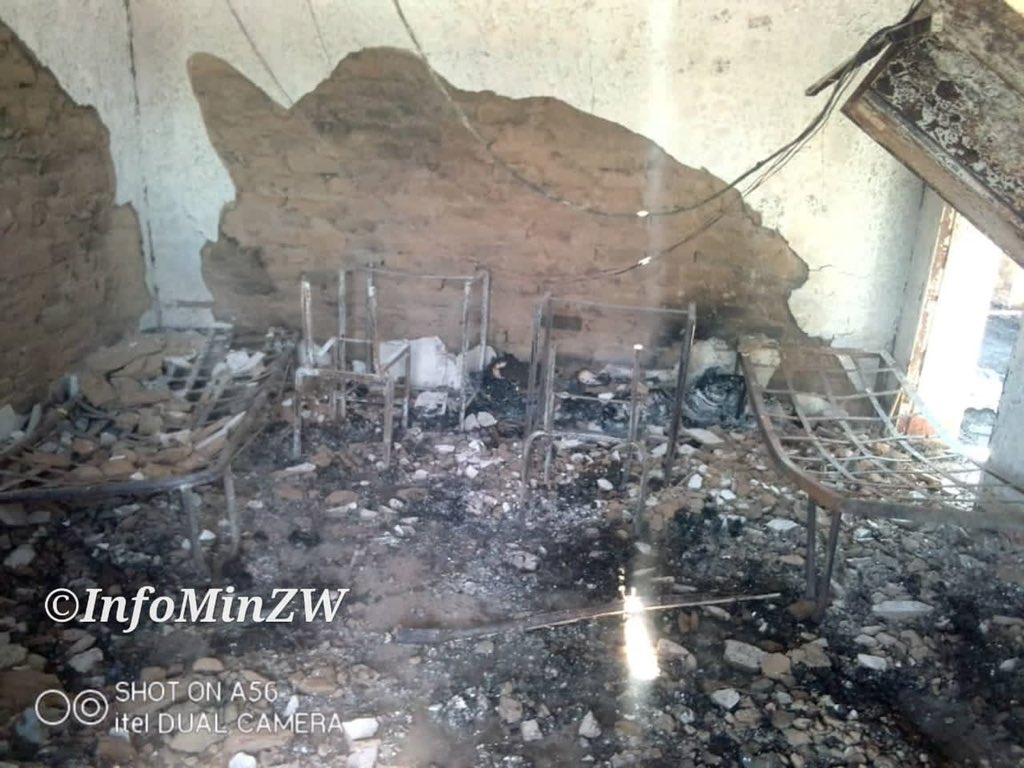 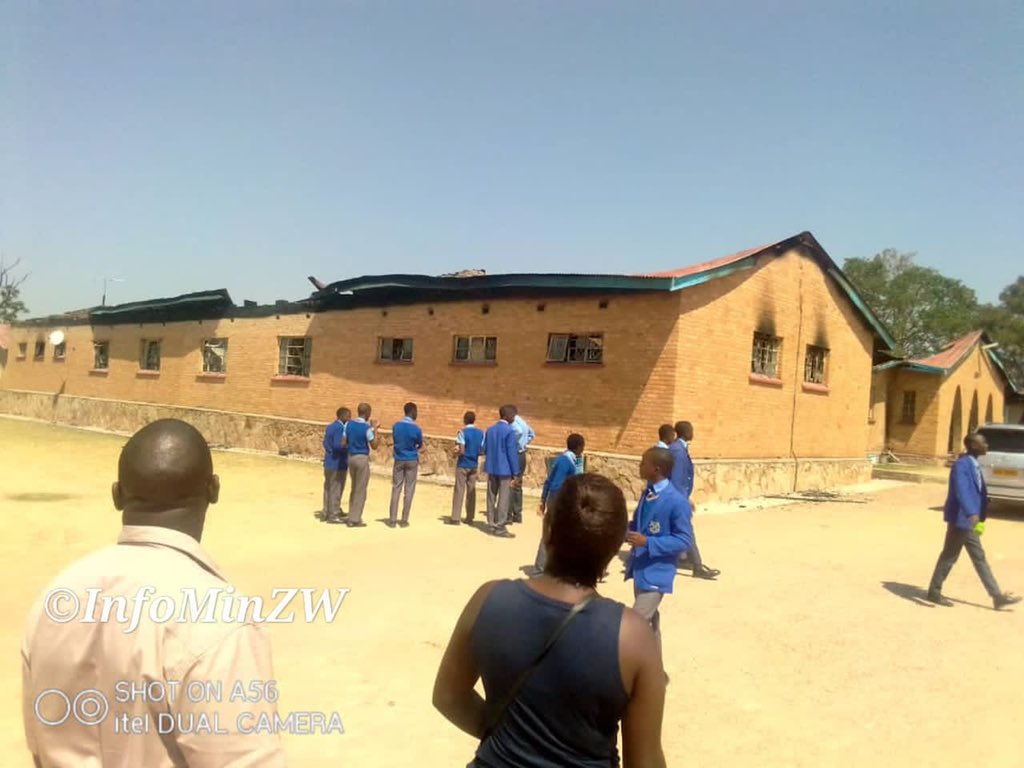 The duo is said to have initially tried and failed to extinguish the fire before they quickly sought the support of others. No one was injured in the inferno but they salvaged nothing except their lives.

Meanwhile, Education officials have agreed to give the 200 affected Form 2 boys 2 weeks break while stakeholders work out something.

ZANU PF Member of Parliament for Zvimba South Phillip Chiyangwa has pledged to donate clothing materials for the production of school uniforms at the school.

Ministers Ziyambi Ziyambi and Mary Mliswa-Chikoka as well as Chiyangwa addressed parents and assured them of State intervention through the Civil Protection Unit (CPU).