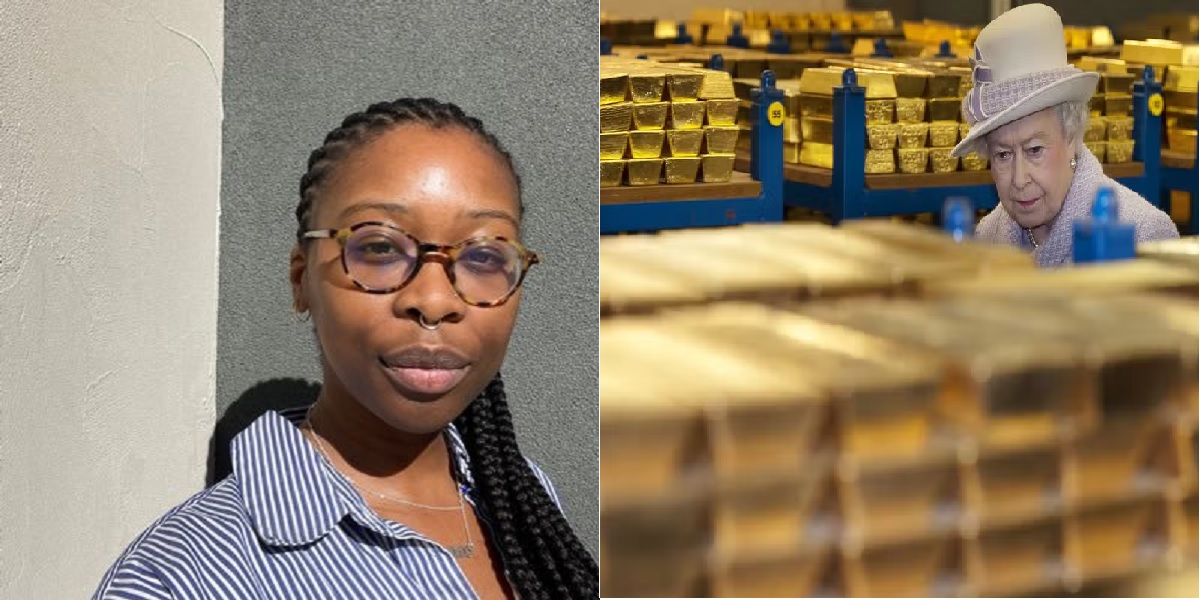 Zoé Samudzi, a Zimbabwean American photography professor at the Rhode Island School of Design, has maintained that she would “dance on the graves of every member of the royal family.”

Samudzi made the remarks while backing Uju Anya, an associate professor at Carnegie Mellon University, who, after learning Thursday that Queen Elizabeth II was on her deathbed, sent out a tweet:

I heard the chief monarch of a thieving raping genocidal empire is finally dying. May her pain be excruciating. That wretched woman and her bloodthirsty throne have f***** generations of my ancestors on both sides of the family, and she supervised a government that sponsored the genocide my parents and siblings survived. May she die in agony.

The linguistic professor was slammed by Robert Jobson, author of ‘William at 40: The Making of a Modern Monarch who described Anya’s comments as “inappropriate and opportunistic at this time of national mourning.”

His sentiment echoes that of several social media users who felt Anya’s remarks were ‘vile’ and contradicted their alleged efforts to ‘better the world.’

Ms Anya, 46, however, defended her remarks in an interview with the NBC News website on Thursday saying there are people around the world, who are rejoicing at Queen Elizabeth II’s death, “not because they’re vile or cold but because her reign and the reign of her monarchy by extension was violent.”

The linguistics professor slammed those who had condemned her tweets, adding:

I take deep offense at the notion that the oppressed and survivors of violence have to somehow be deferential or respectful when their oppressors die.

She described herself as a ‘child of colonization,’ recalling how her mother was born in Trinidad and her father in Nigeria. The pair eventually met in England in 1950s, having been sent there to go to school. She added:

In addition to the colonization on the side of Nigeria, there’s also the human enslavement in the Caribbean. So there’s a direct lineage that I have to not just people who were colonized, but also people who were enslaved by the British.

As the first generation of my family not born in a British colony, I would dance on the graves of every member of the royal family if given the opportunity, especially hers.

I said what I said, and I’d say it any day of the year.

We do not condone the offensive and objectionable messages posted by Uju Anya today on her personal social media account. Free expression is core to the mission of higher education, however, the views she shared absolutely do not represent the values of the institution, nor the standards of discourse we seek to foster.