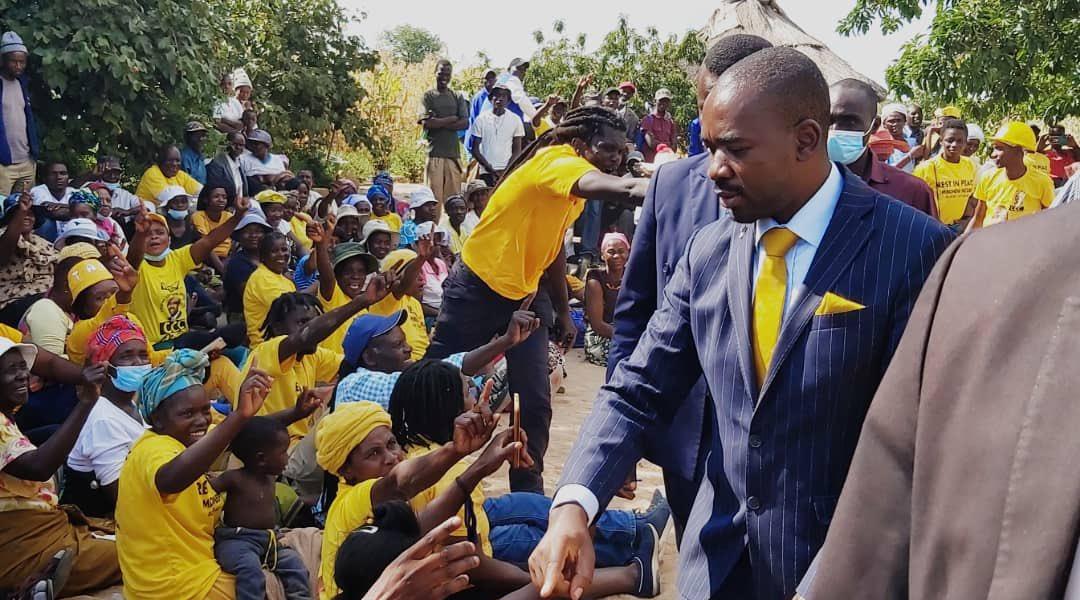 Fadzayi Mahere who is the national spokesperson for the opposition Citizens Coalition for Change (CCC) led by Nelson Chamisa has claimed that there was “another assassination attempt” on the party leader. In a statement seen by Pindula News this Sunday, Mahere reported that a suspected petrol bomb was detonated at the CCC’s thank you rally in Chinhoyi. She said:

Today, the CCC held a rally at Gadzema Grounds in Chinhoyi, Mashonaland West Province which was graced by a bumper crowd of citizens. As the motorcade of our Change Champion in Chief, Adv Nelson Chamisa, approached the entrance of the venue, a silver sedan vehicle AFA 1651 sped past and threw explosives at the convoy. This incident happened hours after petrol bombs had been thrown at the venue last night as our advance team was setting up for today’s gathering. We condemn this cowardly act.

This latest assassination attempt comes barely a month after two similar threats on the life of Adv Chamisa in Wedza and Gokwe Kabuyuni respectively. The attack follows death threats against Adv Chamisa and the CCC by Zanu PF leaders including Abton Mashayanyika whose incitement to violence was caught on camera but no arrests have taken place.

After the detonation of the explosives, the security team immediately intensified security at all entry points of the venue to safeguard against a further security breach inside the venue. The security team further had to manage the panicked crowd which was trying to run to safety. In the midst of this emergency response effort, a misunderstanding arose between journalist Ruvimbo Muchenje and one of our security officers leading to a regrettable incident of assault. Our communications team immediately stepped in to de-escalate the incident.

We have since approached Ruvimbo Muchenje directly to offer our unreserved apology for the incident. She graciously accepted our apology. For the avoidance of doubt, we remain committed to ensuring a free and safe environment for journalists who cover our events. Journalism is never a crime. Lessons have been learnt from this incident and we are improving our protocols to ensure such an incident does not transpire in the future.

We thank the citizens of Chinhoyi for their overwhelming support at the recent by-elections and for turning out in their thousands to attend our Thank You Rally this afternoon. Our Change Champion in Chief delivered a message of hope and inspiration and emphasized the need for all citizens to register to vote in their masses so that we win Zimbabwe for change in 2023.