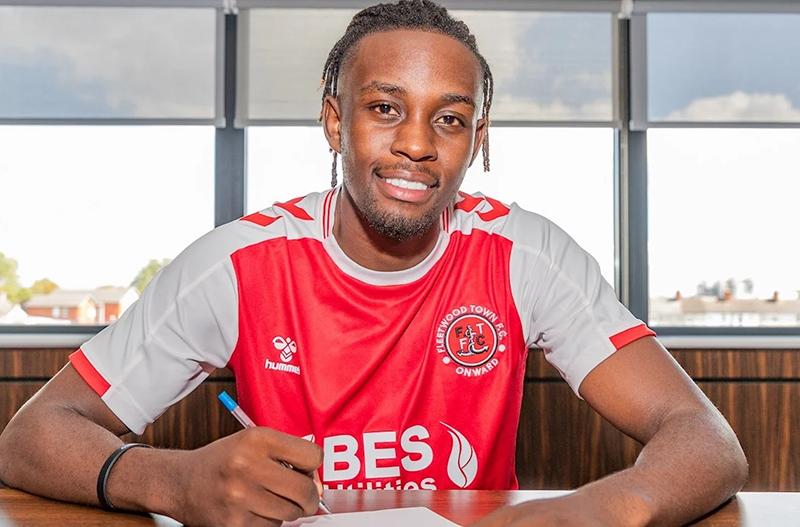 Muskwe (24), played for Zimbabwe at the 2021 Africa Cup of Nations (AFCON) finals in January 2022 and featured in three games so far this season for the Hatters.

The interest has been building for a couple of weeks now, but my situation at Luton wasn’t clear until recently.

They gave me the green light to go out on loan and this was the only place I was going.

Having spoken to Joe [Riley] [Head of Recruitment] and the gaffer [Scott Brown], I was told all about the team, how the team plays and everything to do with the Club.

They said I was the perfect fit to come in and help the team so adding me would only progress the team going forwards.

As a player, you have to have the right conversations with the right people, which I did.

I spoke to everyone I needed to, and it was obvious that this would be the best place for me to come and develop my career.

… I feel Fleetwood has offered me an opportunity for me to do this, so it was a no-brainer to come and join them.

It’s a team with high aspirations and one that wants to do well so that’s the kind of environment any player wants to go into – hopefully we can showcase that over the coming weeks and months.

Speaking on Muskwe’s move to Fleetwood Town as reported by the club’s official website, Luton Manager Nathan Jones said that it will help the striker’s development and progression as a player. He said:

It is a similar situation with Ade, as with Dion Pereira. We love him and he’s done well this season, especially at Swansea where he played a big part in our win.

But we have to be fair to our young players in terms of the amount of game time they’re going to get as part of our squad, versus the opportunity to go out and play regularly at a good club.

Ade’s time here so far has been a bit disjointed with him picking up an injury a month into last season, and the fact we brought him in as a wide attacker, but as we’ve evolved over the last year, we haven’t often played with one.

It’s important to maintain the development and progression of a player, and there were a number of clubs interested in taking Ade.

We felt that Fleetwood would be the best option so that he can join up with Carlos, play as a centre-forward and then come back to us not only as a more experienced player but also having developed a partnership with another of our squad that can only be beneficial for Luton Town in the future.