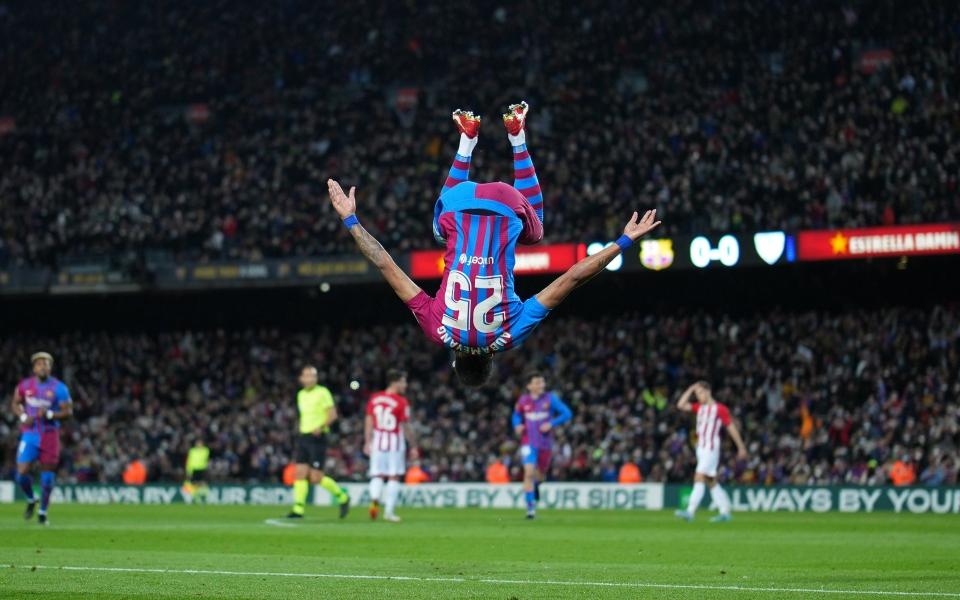 English Premier League giants, Chelsea have agreed to sign  Pierre-Emerick Aubameyang from Barcelona in a deal that will see Marcos Alonso going the other way.

The 33-year-old former Arsenal captain will cost £12 million and be included as part of a swap deal involving Marcos Alonso, who moves in the opposite direction.

Aubameyang will fly out to London this Thursday in order to sign and complete his medical, with Alonso travelling from Madrid to Catalonia to complete his own switch, according to Evening Standard.

Aubameyang became redundant for the Catalans following the arrival of Robert Lewandowski from Bayern Munich.

Chelsea have long had an agreement over personal terms, with the former Borussia Dortmund striker set to pen a two-year contract that will include the option for an extra season.

Aubameyang will, however, have to wait at least three weeks to make his Chelsea debut due to a broken jaw.

The minor injury was sustained when armed robbers attacked the forward in front of his family during a home burglary near Barcelona on Monday.

Chelsea have reviewed Aubameyang’s medical records after the attack and were happy to continue with the deal.

The Gabon striker will be allowed to train at Cobham but his return to competitive action will be delayed to ensure the healing process is smooth.

Aubameyang will join Raheem Sterling, Kalidou Koulibaly, Marc Cucurella, Wesley Fofana and a host of other academy signings in making the move to Stamford Bridge.

Chelsea are also trying to sign a midfielder before tonight’s transfer deadline, with Ajax’s Edson Alvarez subject of a £40m bid on Wednesday night.