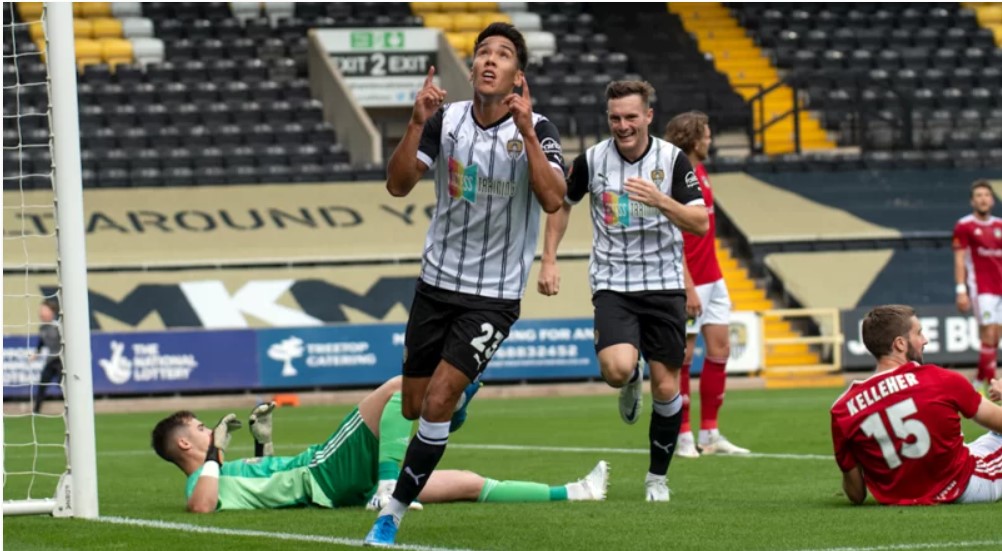 Zimbabwe Warriors defender Adam Chicksen scored the only goal of the match helping his team Notts County in the English national league to secure a 1-0 win over Log leaders Solihull.

Notts County have continued with their unbeaten run in the league.

The 30-year-old England-born left-back has been a regular for Notts County so far this season starting in all six league matches, and helping the team to fourth place on the log with 12 points from three wins and three draws so far this season.

He first joined Notts County early in the 2020-21 season and has since established himself as a popular figure among teammates and supporters.

Soca263 reports that Chicksen was last month given an extension on his contract to stay at Meadow Lane for a season further after impressing the team.

His goal against Solihull was his first for the season and adds to his outstanding performances so far.

Luke Williams the Notts’ Head Coach was full of praise for Adam Chicksen after helping secure the three points against high-flying Solihull. He said:

He epitomises what is required.

The key thing is that Adam Chicksen will be defending off our posts and he will attack that far post in a blink of an eye because of his willingness.

I think for me he kind of epitomises what is required because he played 90 minutes two days ago, play again today and he is there the whole time.

Chicksen last featured for the Warriors in November 2020 when Zimbabwe drew 2-2 with the Desert Foxes of Algeria in an Africa Cup of Nations (AFCON) qualifier match played at the National Sports Stadium in Harare.