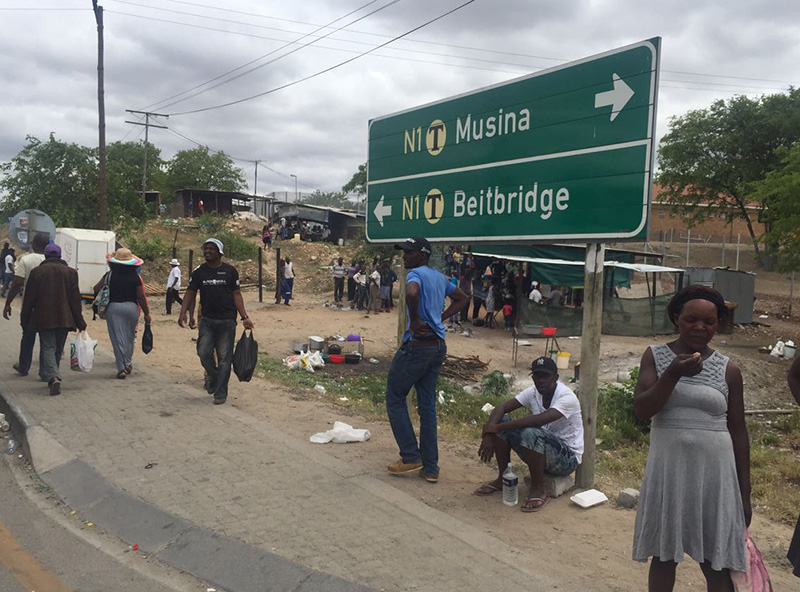 South African taxi operators on Tuesday, 23 August blocked the Beitbridge-Musina road protesting over the alleged failure by the South African Police Service (SAPS) to deal with armed robbers targetting motorists along the highway.

A traffic alert statement issued on August 23, 2022, by the South African Department of Transport and Community Safety indicated that there was Traffic obstruction on the N1 North towards Beitbridge. Part of the statement read:

Our law enforcement officers and other relevant stakeholders have been dispatched to attend to the matter. We urge motorists to exercise patience as we attend to this.

The traffic blockage was just a kilometre from the border post after a police checkpoint and a government weighbridge for haulage trucks.

One of the protestors said they want all police commanders in Musina and at the border transferred for failure to protect motorists. Said the protestor:

People going to Musina who give us business are attacked daily by robbers who live in the bush, and police have not accounted for any. The commanders are not in charge and they should go.

People are robbed daily and not a single arrest has been made. What are they here for?

We are losing business. Even in Musina, businesses are being robbed.