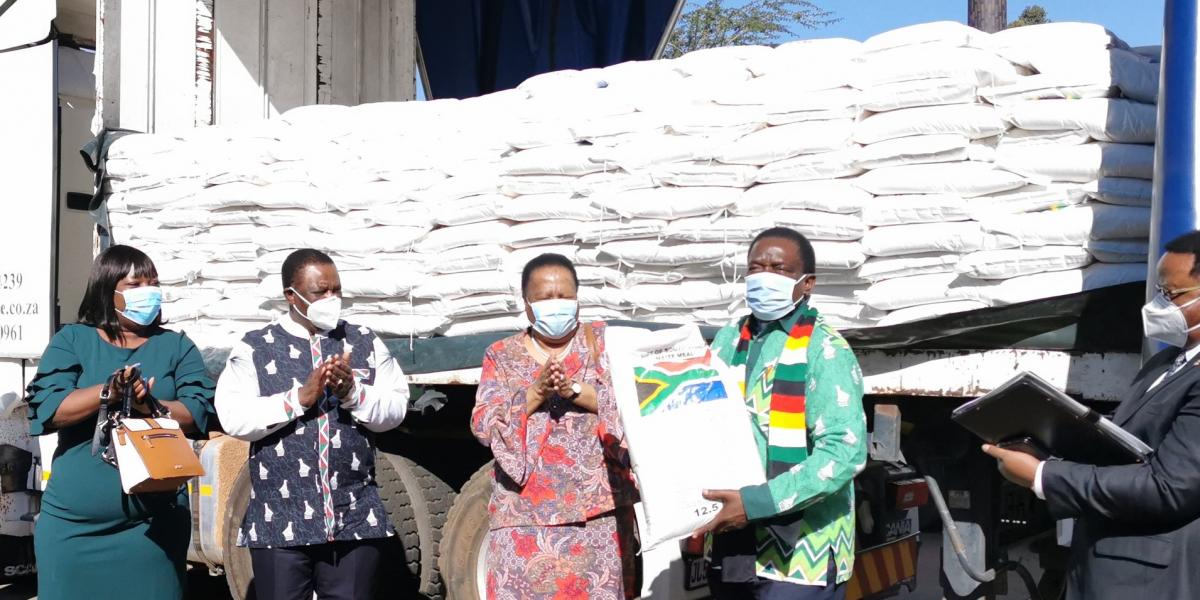 Zimbabwe says its relations with South Africa are cordial and rock solid despite reports to the contrary.

Pandor had just met Zimbabwe’s Minister of Foreign Affairs and International Trade Frederick Shava to discuss the expiry of the Zimbabwe Exemption Permits (ZEP) among other things.

But addressing journalists during a post-cabinet media briefing on Tuesday, Information, Publicity and Broadcasting Services Minister, Monica Mutsvangwa, said nothing could be further from the truth. She said:

There is an alleged negative comment by the South African International Relations and Cooperation Minister in our local papers.

Cabinet noted with concern unfounded reports by a local daily publication attributing some comments to the Minister of International Relations in South Africa Honourable Naledi Pandor.

Government, wishes to assure the nation that Zimbabwe enjoys excellent fraternal relations with South Africa. The statements attributed to the honourable minister are a clear fabrication.

Let me reiterate the need for the journalistic profession to stick to the dictates of ethical reportage as we build our country towards attaining vision 2030.

May I also add that Honourable Naledi Pandor is a great Pan-Africanist and seasoned diplomat who has and continues to demonstrate respect for the sovereign decisions of other nations.

Pandor was quoted by a Zimbabwean daily publication saying that it is difficult to assist Zimbabwe due to a lack of unity of purpose among politicians.

In 2019, Pandor was also quoted by IOL as saying resolving Zimbabwe’s socio-economic crisis will remain a pipe dream if political hostility remains the priority of parties. She said:

Political formations in Zimbabwe remain at loggerheads and have apparent deep antipathy towards each other, which makes joint decision-making and planning extremely difficult.

It seems clear that even as we support the call for an end to economic sanctions, the political dynamics that we observe are inextricably linked to the economic solutions, and thus should be confronted simultaneously.

We would be assisted in playing a positive role if there was a shared notion in Zimbabwe of what had to be done.