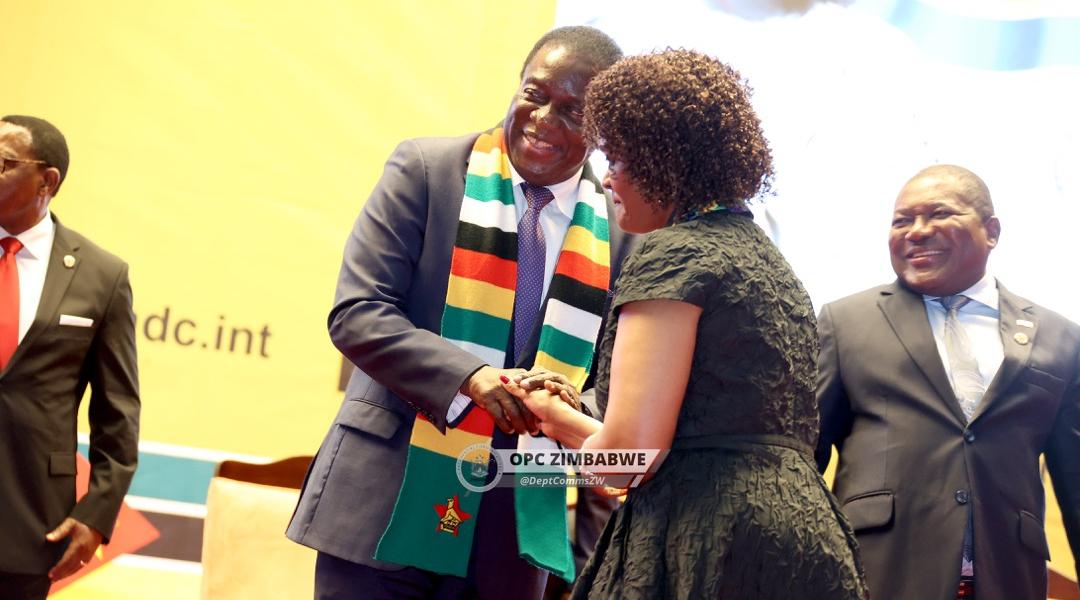 President Emmerson Mnangagwa and former first lady Grace Mugabe met face to face in Kinshasa, DRC during the 42nd Southern African Development Community (SADC) Summit where the founders of the organisation were honoured for the role they played in its formation.

The Southern African Development Coordination Conference (SADCC), the forerunner of SADC, was a memorandum of understanding on common economic development signed in Lusaka, Zambia, on 1 April 1980.

All the founding fathers of the regional bloc are now late. These were:

The awards were received by family members of the former Presidents, including Zimbabwe’s former first lady Grace Mugabe.