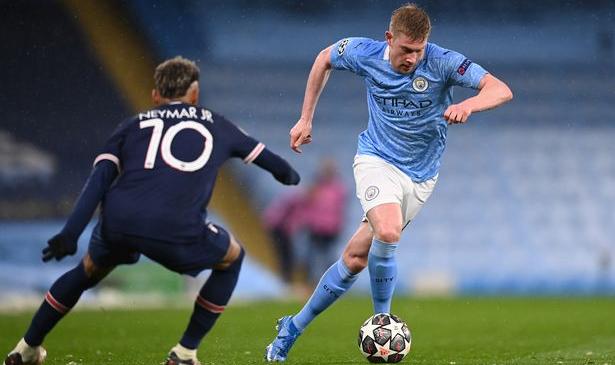 Seven-time Ballon d’Or winner Lionel Messi was omitted from the 30-man list of nominees for the prestigious award on Friday for the first time since 2005 while six Manchester City players were nominated.

The Argentinian playmaker beat Poland striker Robert Lewandowski for the Ballon d’Or last year but was not nominated this time after an underwhelming first season at Paris Saint-Germain.

This is the first season the Ballon d’Or has been decided based on achievements over the course of a season rather than displays across a calendar year.

Cancelo, a Portuguese national, was nominated for the first time after 52 appearances, three goals and 10 assists for City in 2021/22 season. He was also named in the PFA Team of the Year.

De Bruyne was City’s Player of the Year last season and also featured in the PFA Team of the Year after 45 appearances, 19 goals and 14 assists for City. This is the Belgian’s 7th nomination having been included on the shortlist for every iteration since 2015.

Foden was nominated for the second time having been shortlisted last year. The PFA Young Player of the Year who is also an England international scored 14 goals and made 11 assists in 45 appearances for City.

Mahrez was City’s top scorer in the 2021/22 season with 24 goals and nine assists in 47 appearances. The Algerian winger has previously been nominated on three occasions.

Silva who made 50 appearances last season scored three goals and made seven assists. He also made it into the PFA Team of the Year.

Meanwhile, Ederson who was shortlisted for the Yashin Trophy will be hoping to take home the prize specifically for goalkeepers. It was first established in 2019.

The winner will be announced by France Football in Paris on 17 October.

The full Ballon d’Or shortlist is:

The full Yashin Trophy shortlist is: