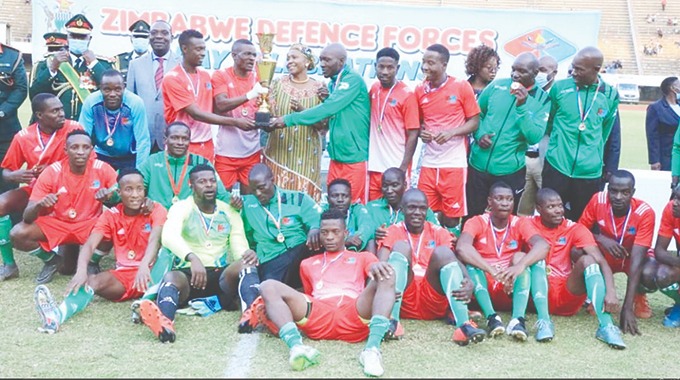 Lloyd Katongomara converted from the spot for the only goal of the match midway through the second half.

The ZDF Select won a penalty as referee Brighton Chimene spotted a handball in the 18-yard box.

Katongomara fired from the spot into the right bottom corner to give ZDF Select the lead which they held until the match ended before the full 90 minutes.

The visitors were awarded a penalty in the seventh minute of the encounter which was taken by Confidence Senwelo.

However, Blessing Mwandimutsira, in goals for the home side, dived the right way and saved the penalty.

The match was reduced to 70 minutes to allow for other activities that concluded the ZDF Day celebrations.

Speaking after the match, ZDF Select coach, Nesbert “Yabo” Saruchera, thanked the fans and the players. He said:

It’s always great to get a gold medal on a day we are celebrating ourselves. I would like to salute the fans for their support and the players for their spirit.