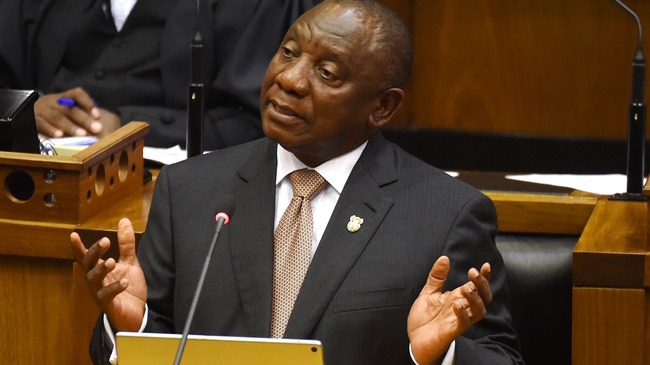 Members of the civil rights organisation Real Democracy attempted to arrest Ramaphosa over what is referred to as the Farmgate scandal.

The group was stopped at the VVIP gate and, after being questioned by security staff, were prevented from entering the event.

A South African Police Service (SAPS) legal representative told the activists that there was no reason for attempting to arrest the president, since the Farmgate matter was still under investigation by various law enforcement agencies, including the Hawks.

One of the officers from the President’s Office, Roshni Singh, who attended the Real Democracy activists, accepted a “charge sheet” with seven counts against Ramaphosa.

The charges included the Phala Phala Farmgate, where Ramaphosa allegedly stashed a large amount of foreign currency in a couch and a mattress at his farm. The money was reportedly stolen during a burglary in 2020.

Speaking to the Daily News, Real Democracy spokesperson Srini Naidoo accused the police of violating Section 42 of the Criminal Procedure Act 51 of 1977 which allowed for the arrest of a suspect by a private person/s without a warrant. Said Naidoo:

We came from Pietermaritzburg to exercise our constitutional duty as citizens of the country, but we are disappointed that we were prevented from arresting the president by the police who are supposed to uphold the laws of the country.

We explained that we had the right to arrest the president, but we were stopped.

Ramaphosa is not supposed to be called president anymore after committing such serious crimes.

Apart from that, the event went well.