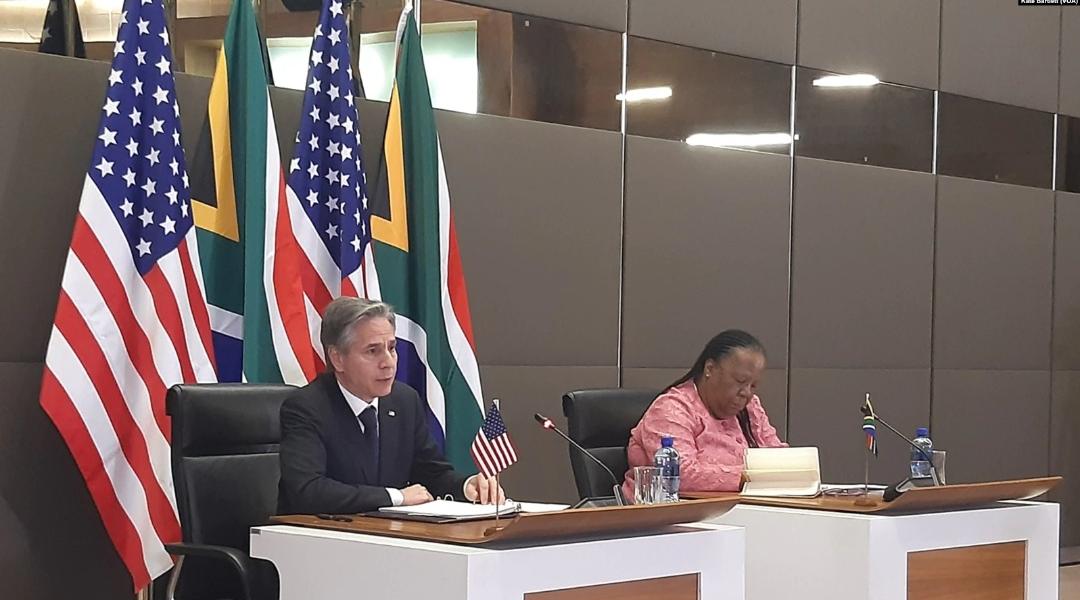 Pandor made the remarks when she hosted U.S. Secretary of State Antony Blinken on the first leg of his Africa visit.

At a joint press conference in the South African capital, Pretoria, Pandor made it clear that South Africa has different views from the U.S. on Ukraine, China, and Israel and the Palestinians. Responding to a question from a journalist, Pandor said:

I’m glad that secretary Blinken has confirmed that America is not asking us to choose. I don’t recall any attempt by the United States to do that but in terms of our interaction with some of our partners in Europe and elsewhere, there has been a sense of patronising bullying, “you choose this or else.”

You can’t say because Africa is doing this, you will then be punished by the United States. So that has been a disappointing passage of legislation by one House and we hope the other House will not agree to such offensive legislation.

Indeed, it is important that all of us accept our ability to hold different opinions. We are after all sovereign nations that are regarded as equal in terms of the United Nations Charter.

We may differ in terms of economic power and economic ability to influence developments in different parts of the world but what will make the world better is if we respect each other. This is very, very important.

And one thing I definitely dislike is being told “either you choose this or else”. When a minister speaks to me like that, which Secretary Blinken has never done, but some have, I definitely will not be bullied in that way nor will I expect any other African country worth its salt to agree to be treated [that way].

Watch Pandor’s response in the video below: