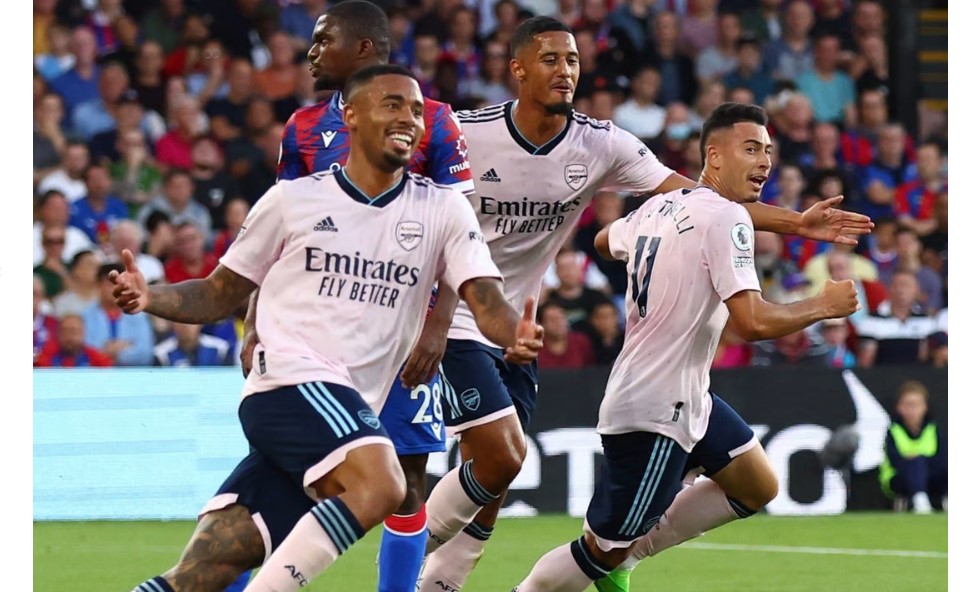 Arsenal have won their first English Premier League (EPL) match of the 2022/23 season after beating Crystal Palace 0 – 2 away at the Selhurst Park Stadium.

The Gunners made a bright start to the game and capitalised on that when Martinelli nodded in from a corner in the first half.

Palace grew into the game as it went on, with Edouard and Eze forcing good saves out of Ramsdale. Arsenal rode out the pressure though and sealed the win late on through Guehi’s own goal when Saka’s cross deflected in off him.

Crystal Palace have now lost just two of their last nine Premier League meetings with Arsenal (W2 D5). Following a 3-0 win in April, the Eagles went into last night’s match looking to win consecutive league games against the Gunners for the first time in their history.

Mikel Arteta named an unchanged line-up from their last outing in pre-season against Sevilla, which means that Saliba, Zinchenko and Gabriel Jesus all made their Premier League debuts for Arsenal.

Vieira made just one change to the side that started their last friendly against Montpellier, as he brought Clyne in to replace Ward, who dropped to the bench. Doucoure made his Premier League debut for the club, while the other new signings Johnstone, Ebiowei and Richards all started on the bench.