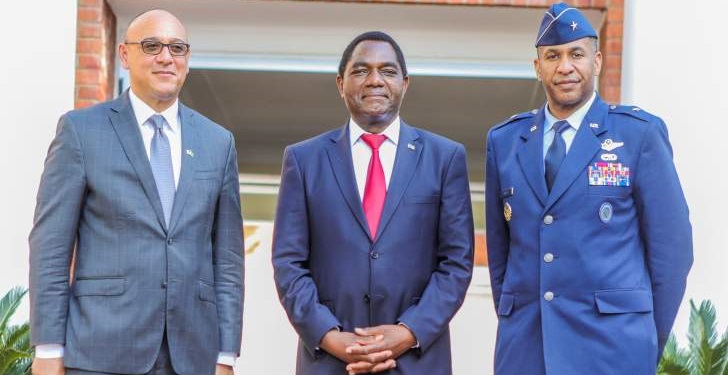 Zambian President Hakainde Hichilema has been petitioned over the continued detention of former PF deputy secretary general Mumbi Phiri who has been in detention without trial since February.

In a petition letter by Labour Economists and African Democrats (LEAD) president Linda Masarira to President Hakainde Hichilema, the Zimbabwe opposition leader demanded an immediate stop to the unlawful detention of Ms Mumbi.

She stated that the continued incarceration of the former PF deputy secretary general is unacceptable and a violation of her fundamental human rights. She wrote:

The unlawful detention of Ambassador Mumbi Phiri former MP and PF Deputy Secretary General is totally unacceptable and a violation of her fundamental human rights. Sadly, it seems power has also consumed you that you have forgotten so early your promises to the people. You deceived the world, by claiming that you would adhere to human rights without fear or favour.

The murder charge slapped on MUMBI PHIRI is trumped up, frivolous and vexatious with no tangible evidence to secure a conviction. Politically motivated charges meant to  IT punish, silence and instil fear should be condemned by all. Mumbi is just a fierce and resolute politician who doesn’t deserve   this inhumane treatment from a so called new dawn government.

An attack on Mumbi Phiri is an attack on all female politicians in the world.

As the President of Labour Economists and Afrikan Democrats Zimbabwe, I stand with Mumbi Phiri and demand justice for her. I demand the new dawn government to take Mumbi Phiri to court as soon as possible if at all they have corroborating evidence that incriminate her in the murder of Lawrence Banda. If they don’t, they should absolve her of any wrong doing and discharge her.

An injury to one woman is an injury to all Mr. President. As a man who suffered illegal detentions, we expect you to be the change that Zambia has been waiting for. Incarcerating political opponents to settle political scores is archaic, retrogressive and will leave your legacy with a dent. Why are you abusing human rights Mr Hichilema? Mumbi is a wife, mother, sister and aunt who has family responsibilities.

Meanwhile, United Party for National Development (UPND) and Southern Province minister Cornelius Mweetwa, has said the president did not intervene in the country’s justice system and that it was the prerogative of the judiciary.

Mweetwa said in as much as there was no justification for the prolonged detention of Ms Phiri, the head of state had made it clear that he would not meddle in the running of the judicial system.

Mweetwa said the only reason that Mrs Phiri’s case was exemplified was that she was a politician and that there were other people who had been in detention for a prolonged period of time.