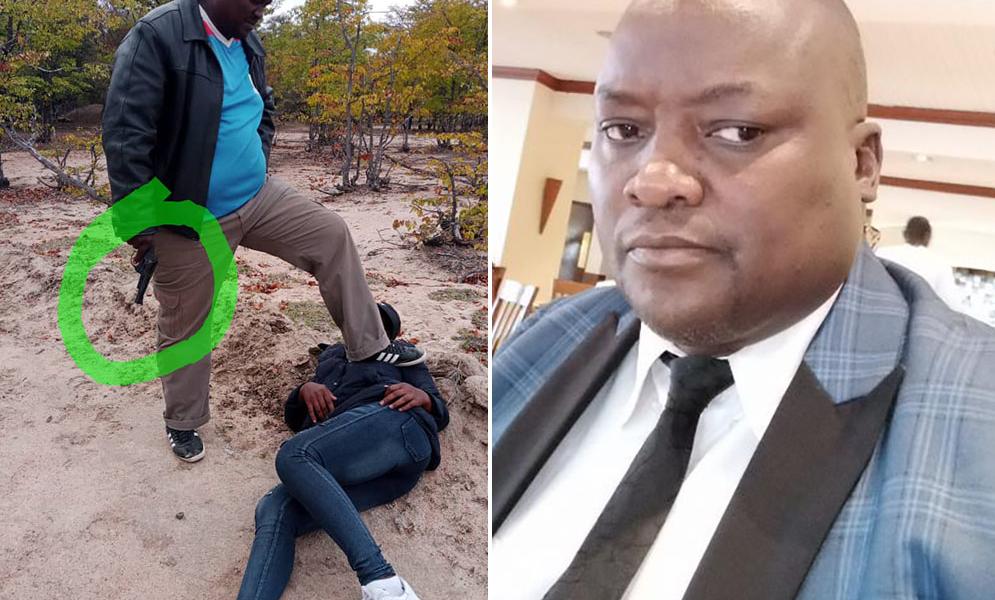 A gun-toting ZANU PF MP has been photographed stepping on a woman’s breast as she lay on the ground.

Soul Ncube, the MP for Matobo South, posted the picture to a WhatsApp group for his constituents.

In an audio recording accompanying the picture, Ncube claimed the woman was an occupant in his Honda Fit vehicle which was stolen hours earlier. He said:

The one who stole the car apparently remained at Malaba and said he was going somewhere. We heard this from this woman. 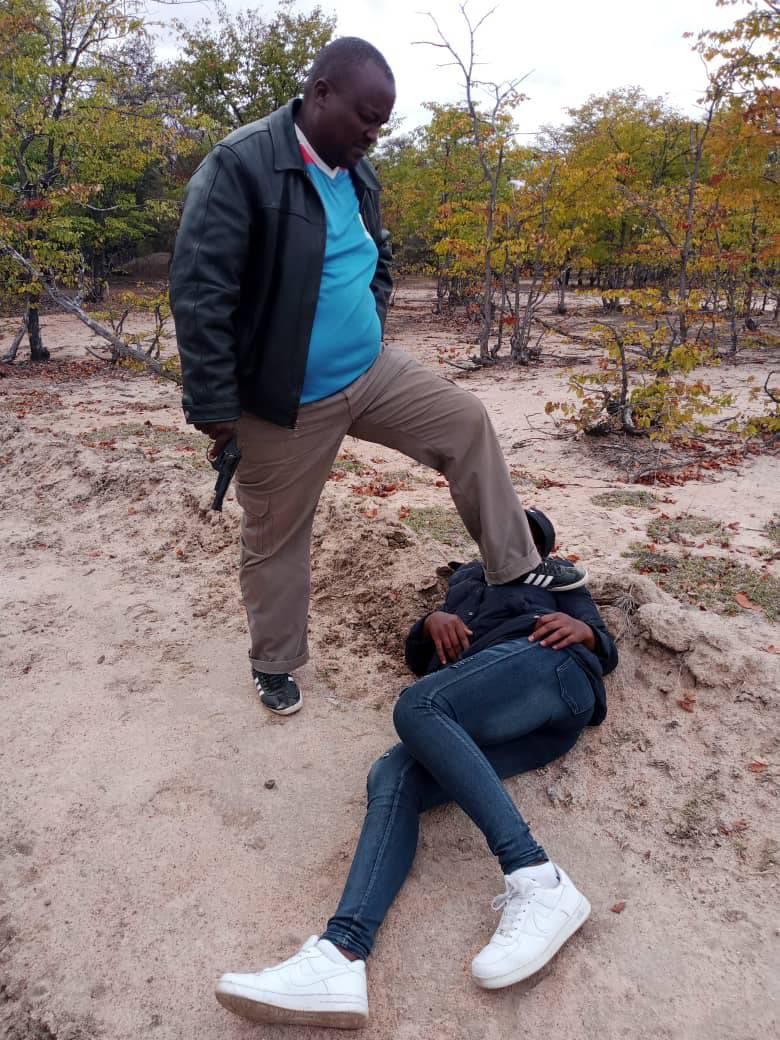 Ncube claimed the woman in the picture had attempted to also run away but they caught up with her. He said:

She says she doesn’t know these people, she only hired a car to St Joseph’s Mission because she wants to go to South Africa. We’re now going to St Joseph’s to verify her story.

A lawyer who saw the picture told ZimLive that the MP should face criminal sanction for taking the law into his own hands. Said the lawyer:

There is clear evidence of two offences: assault under the criminal code, and breaches of the firearms act. I’m afraid the MP has shown himself to be an outlaw.

There’s potentially another charge of false imprisonment when the woman is forcefully taken into the MP’s vehicle and driven to St Joseph’s Mission.

He has subjugated the woman who’s lying down, and he’s pointing a firearm.

Assault is committed when, by gestures or words, you threaten to harm another person intending to inspire in their mind a reasonable fear that you will harm them or that harm is imminent.

There’s no provision in the law that allows one, even an MP, to go around brandishing a firearm.

Use of a firearm would ordinarily be justifiable in self-defence situations, but here the MP is assaulting a defenceless woman who apparently has committed no offence.

It’s senseless, and not in self-defence. The law would frown upon it.

Even if she took the car, what is he trying to do? He’s already punishing her, also known as taking the law into your own hands.

It behoves the police to investigate this incident.