The value of the Zimbabwe dollar has lost further ground against the United States dollar as observed at today’s foreign currency auction conducted by the Reserve Bank of Zimbabwe (RBZ).

At this week’s RBZ foreign currency auction conducted on Tuesday, 02 August 2022, a total of US$19.3 million was allotted.

645 bids were received on the Small to Medium Enterprises Forex Auction, with 613 accepted and 32 disqualified. The total number of bids allotted was 521.

On the Main Forex Auction, a total of 213 bids were received, 206 were accepted and 7 were disqualified. The total number of bids allotted was 173. 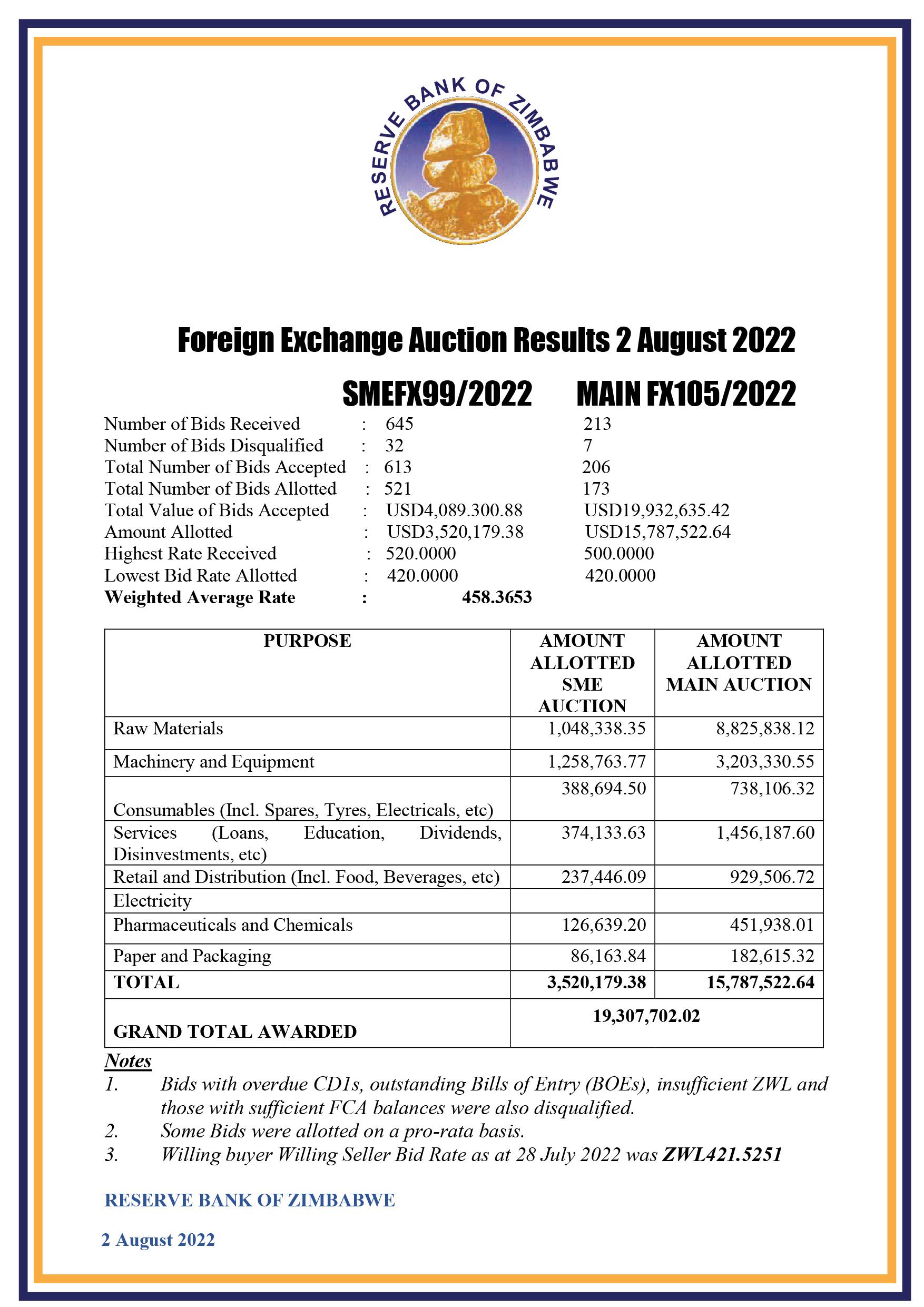