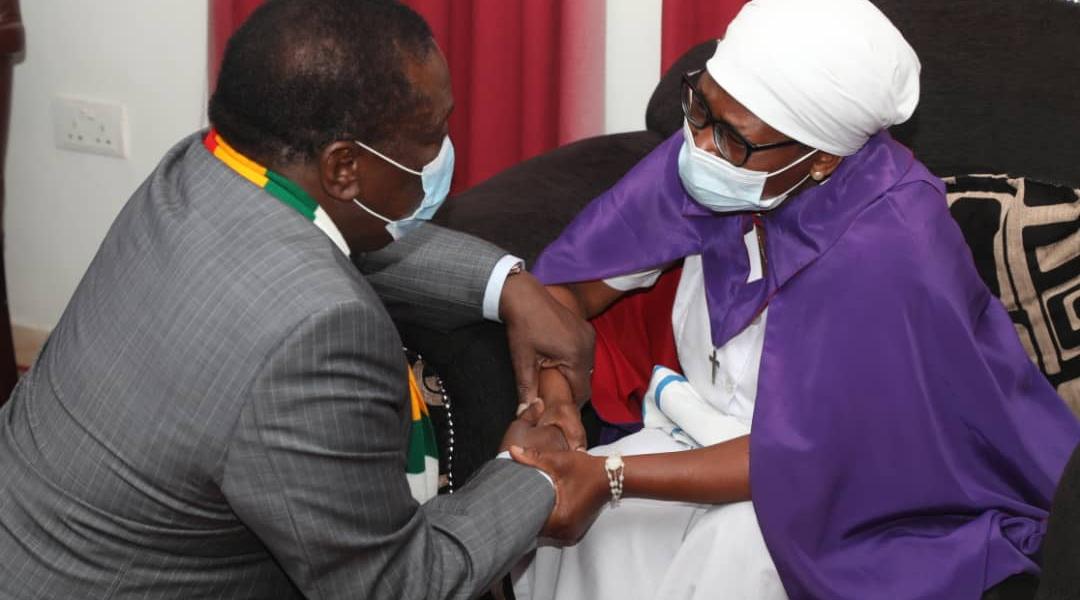 Mabenge died in Harare on Monday at a local hospital where he has been hospitalised for the past two weeks.

In his condolence message, Mnangagwa said Mabenge was courageous and a “revolutionary cadre who frowned upon corruption in whatever form or shape.” Reads the statement:

The passing on yesterday of Brigadier General (Retd) Benjamin Mabenge, came as a great shock to me personally and to those among us who once shared the trenches with him during our war of National Liberation.

Popularly known by his Chimurenga name, Freddie Matanga, the late freedom fighter ranked highly among our leading ZANLA field commanders whose contribution to the National Liberation Struggle was very admirable.

He operated in the then Gaza Province as Provincial Commander for the region during which the ZANLA forces scored notable gains against the enemy forces.

After the Struggle, Cde Matanga was attested into the Zimbabwe National Army where he rose through the ranks to Brigadier General, the rank he occupied on retirement in 1988.

On retirement, the late Brigadier General continued to serve his country faithfully in various civilian portfolios and special assignments as a senior member of our Party, Zanu PF, and as a war veteran.

His passing on has robbed our Nation of an intelligent, outspoken, diligent and bold revolutionary cadre who frowned upon corruption in whatever form or shape. He will be sorely missed by many of us.

On behalf of Zanu PF, Government, the Zimbabwe Defence Forces, my family, and indeed on my behalf, I wish to express my heartfelt condolences to the Mabenge family, especially his wife, Rosegema, and the children, who have lost a beloved husband and father.

May they draw comfort from the distinguished role he played to liberate Zimbabwe and the long uninterrupted loyal service to his country. He is our hero together.