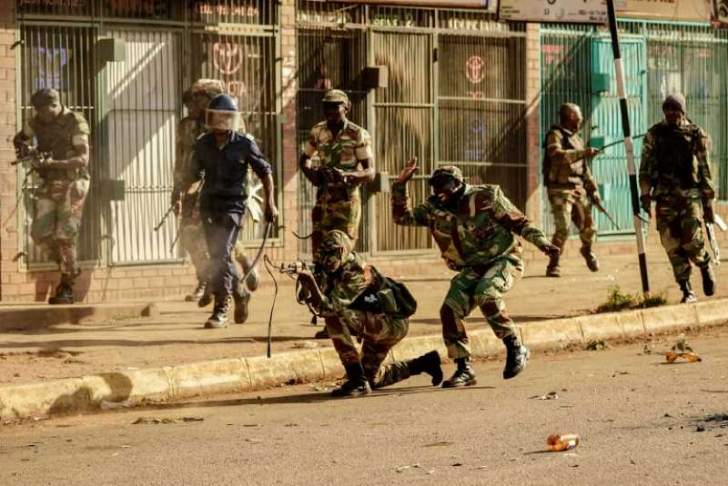 The United States (U.S.) Embassy in Harare has asked when Zimbabwe will implement the Motlanthe Commission recommendations which included bringing to book security forces who killed civilians in Harare in 2018.

The Kgalema Motlanthe-headed Commission was instituted by President Emmerson Mnangagwa to investigate the August 1 shootings in which soldiers and police shot live ammunition at MDC protesters that had thronged into the streets over the July 31st elections.

The army killed six civilians with 35 others injured.

Protesters argued that the Zimbabwe Electoral Commission (ZEC) in connivance with the ruling ZANU PF were manipulating the presidential election results in favour of the ruling party and President Mnangagwa.

Observers say the government should implement the commission’s recommendations to avoid a repeat of the transpired in 2018.

The U.S. Embassy in Harare said this Monday:

Today, we remember those Zimbabweans who lost their lives exercising their right to protest. How long must the people wait for full implementation of the #MotlantheCommission recommendations?

Today marks four years since security forces killed civilians for exercising their constitutional right to protest. When will Zimbabwe implement #MotlantheCommission recommendations and hold those responsible to account? #ZimLivesMatter

The Commission made several recommendations including some below:

1). Payment through a special Committee to be set up by the Government, of compensation for losses and damages caused including, in particular, support and school fees for the children of the deceased;

2). Promotion of political tolerance, and responsible and accountable leadership and citizenry;

3). Electoral reforms including the development of Information Communication Technology (ICT), to among other things enhance the transparent and expeditious announcement of election results;

4). The enforcement of law and order in order to ensure that the events of the 1. of August 2018 are not repeated;

5). Accountability in respect of the alleged perpetrators; and f. Nation-building and reconciliation including an initiative for multi-party dialogue and cooperation.

Meanwhile, the government claims that it fully complied with the recommendations of the Motlanthe Commission of inquiry.

The Crisis in Zimbabwe Coalition (CiZC), however, maintains that the Motlanthe Commission was set up with an interest to exonerate President Mnangagwa, ZANU PF and the Zimbabwe National Army from the killings of civilians who were demonstrating against electoral fraud.