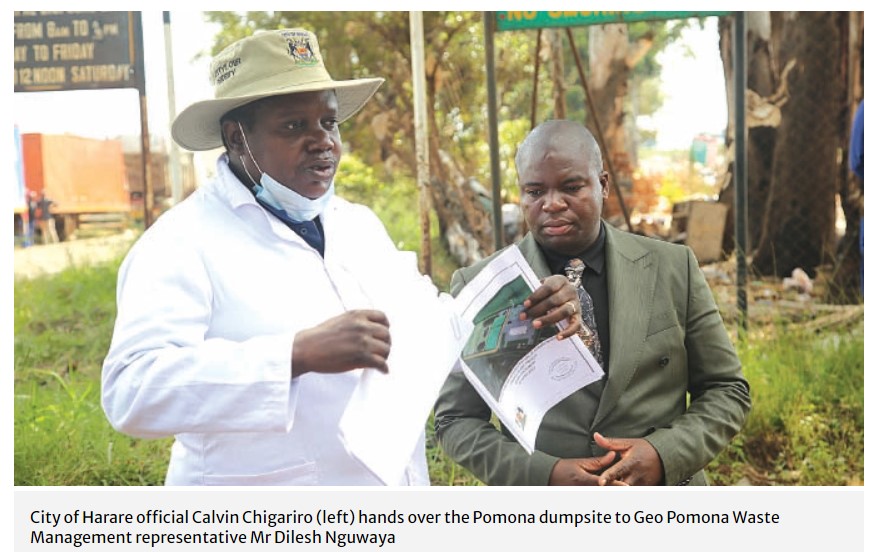 Harare City Council (HCC) now owes Geogenix BV almost US$2 million after the local authority refused to pay for the past two months as per the Pomona Waste deal.

Geogenix BV, a Netherlands-based company fronted by Dilesh Nguwaya, considered a friend of the first family, entered into a waste-to-energy deal with the City of Harare under unclear circumstances.

However, the City of Harare has refused to pay for the ballooning Pomona debt.

The central government through the Minister of Local Government and Public Works, July Moyo has been putting pressure on the local authority to pay the debt resulting in the two parties agreeing that the state will use the city’s devolution funds to settle the amount.

Moyo on July 7, 2022, also gave a directive to the HCC to use the devolution funds to pay Geogenix.

This prompted the lawsuit by the Combined Harare Residents Association (CHRA).

CHRA filed an urgent application on Thursday seeking an order setting aside the agreement to use the city’s devolution funds to pay Geogenix. Read the court papers:

The first, second and third respondents are hereby barred and interdicted from disbursing devolution funds  for settlement of financial obligations arising from enforcement of the contract titled Pomona Waste Energy pending determination of the application under the case number HC2766/22 and availing a report prepared by the second respondent special committee.

They are represented by Archford Rutanhira and Evans Moyo of the Zimbabwe Lawyers for Human Rights (ZLHR).

They cited the Local Government ministry, City of Harare, Finance and Economic Development ministry, and Georgenix BV as respondents.