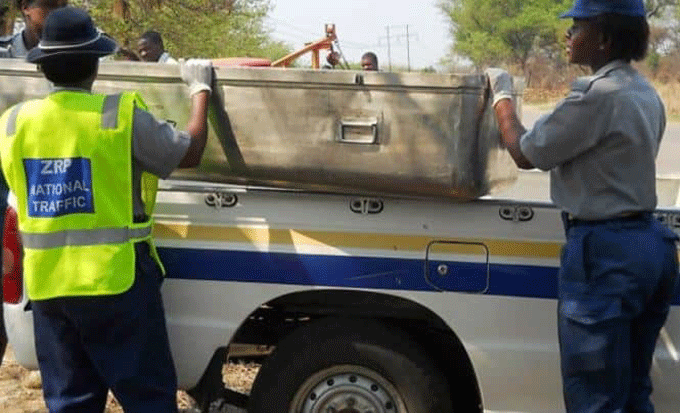 Police have confirmed the death by suicide of Ximex Mall dealer Tafadzwa Russell Murengwa (29) and the recovery of a gun he used in the murder of his ex-lover Samantha Ruvimbo Dzapata (28) in Harare on Friday.

Police also recovered a Toyota Aqua vehicle and a 0.38 Webley Revolver loaded with four spent cartridges and one live round at the scene. Said Asst Comm Nyathi:

The ZRP confirms that Tafadzwa Russell Murengwa (29) who was wanted for the callous murder of Samantha Ruvimbo Dzapata (28) in Harare on 29/07/22, committed suicide by drinking Dichlorvos 100 EC Insecticide in Gletwin area, Shawasha Hills, Harare last night.

The Police recovered the Toyota Aqua vehicle, a 0.38 Webley Revolver loaded with four spent cartridges and one live round at the scene.

The late Samatha Dzapata’s cellphone was recovered at Zindoga Shopping Centre, Waterfalls where the suspect had left it with a certain man.

Murengwa, who was popularly known as Boss Pangolin, shot and killed Samantha along Simon Mazorodze Road near Bathroom Boutique around 9 AM on Friday.

He then recorded a 14-minute voice note in which he claimed he used to shower Samantha with expensive gifts while she indulged a married man in Beitbridge.

Samantha, who worked in Beitbridge for the NGO, CeSHHAR had recently ended the four-year relationship.

The murder-suicide was apparently triggered by Samantha’s refusal to accept Murengwa’s overtures for reconciliation.